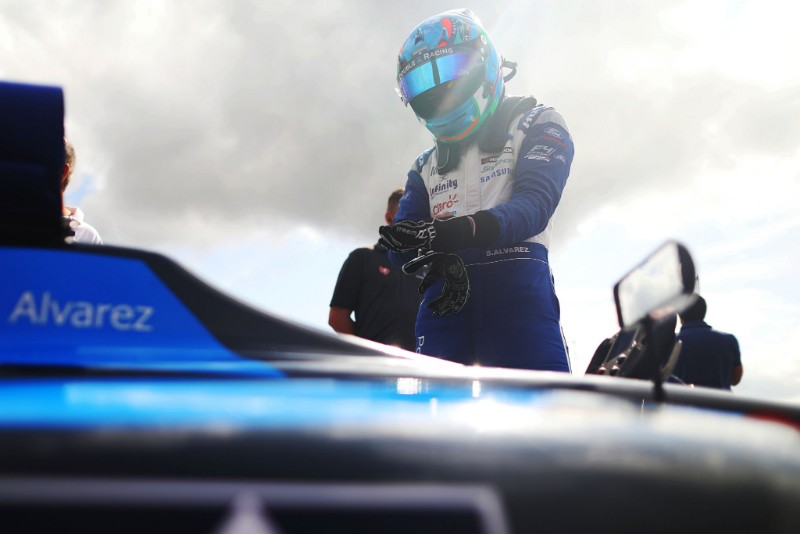 Double R Racing’s Sebastian Alvarez was pleased with the “mega effort” that took the British Formula 4 title fight down to the final race of the season.

A mechanical problem led to a retirement in that race, meaning Alvarez lost his points lead and the title to Carlin’s Zane Maloney

?Coming from the summer break 77 points behind to five points ahead one race before the end was a mega effort,? Alvarez said.

?We were really strong before the summer break, but just had a couple of mistakes, some things not going our way. We worked really hard during the summer to put everything together, just trying to do the best job possible after the summer.?

Alvarez won once in the first half of the season, and picked up four wins after the summer break. His best result from his rookie season last year was sixth place. Looking forward, Alvarez hopes his rate of development will continue heading into 2020.

?It?s been such a different year to last year. I scored almost 20 podiums this season and last year I was really far off the podiums and had no pole positions.

?This year I just managed to come here and attack it. Last year was an experience year, I wasn?t really there. This year I was always there.

?It?s a big improvement between what we did this year compared to last year, and hopefully we can just keep this momentum up and fight for championships in the future.?