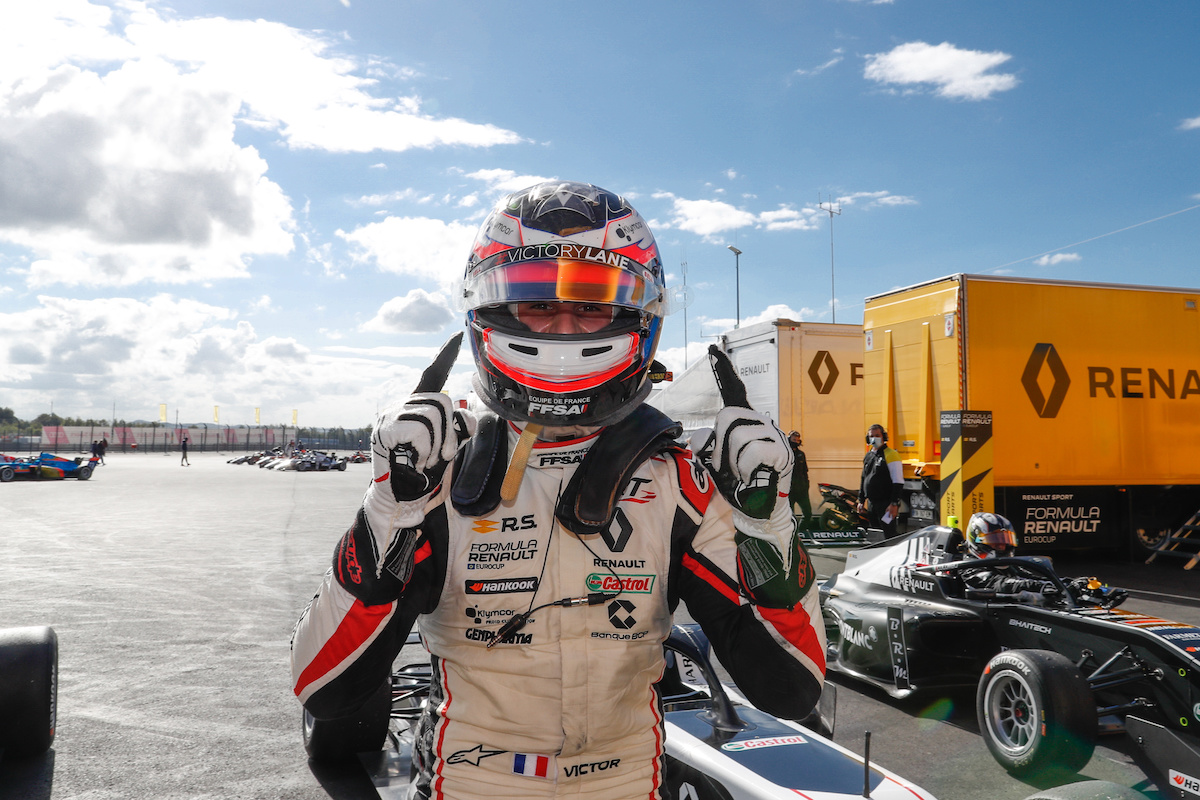 Victor Martins claimed Formula Renault Eurocup pole position at Magny-Cours, a week on from his double clean-sweep at the Nurburgring.

Martins and championship rival Caio Collet swapped fastest laps throughout the session, but it was Martins who held the advantage when the chequered flag fell.

Setting his best time of the day on his last lap, Martins completed a 1m33.589s lap around the French circuit.

Collet also improved with his final lap, settling the fastest final sector of the session, but it was only enough to go 0.007 seconds slower than Martins.

The session was red flagged early on as Reshad de Gerus came to a stop on track. Laszlo Toth had set the early pace, but the majority of the front runners, including Martins and Collet, were yet to set any time at all.

Once the session got under way, both the championship frontrunners, as well as Gregory Saucy and Lorenzo Colombo jumped to the top of the order, lowering the benchmark with every lap.

David Vidales spent most of the session outside the battle for pole but jumped up to third with his last lap.

Colombo finished fourth ahead of Alex Quinn, Ugo de Wilde and Hadrien David, who had been running second when the red flag was brought out.