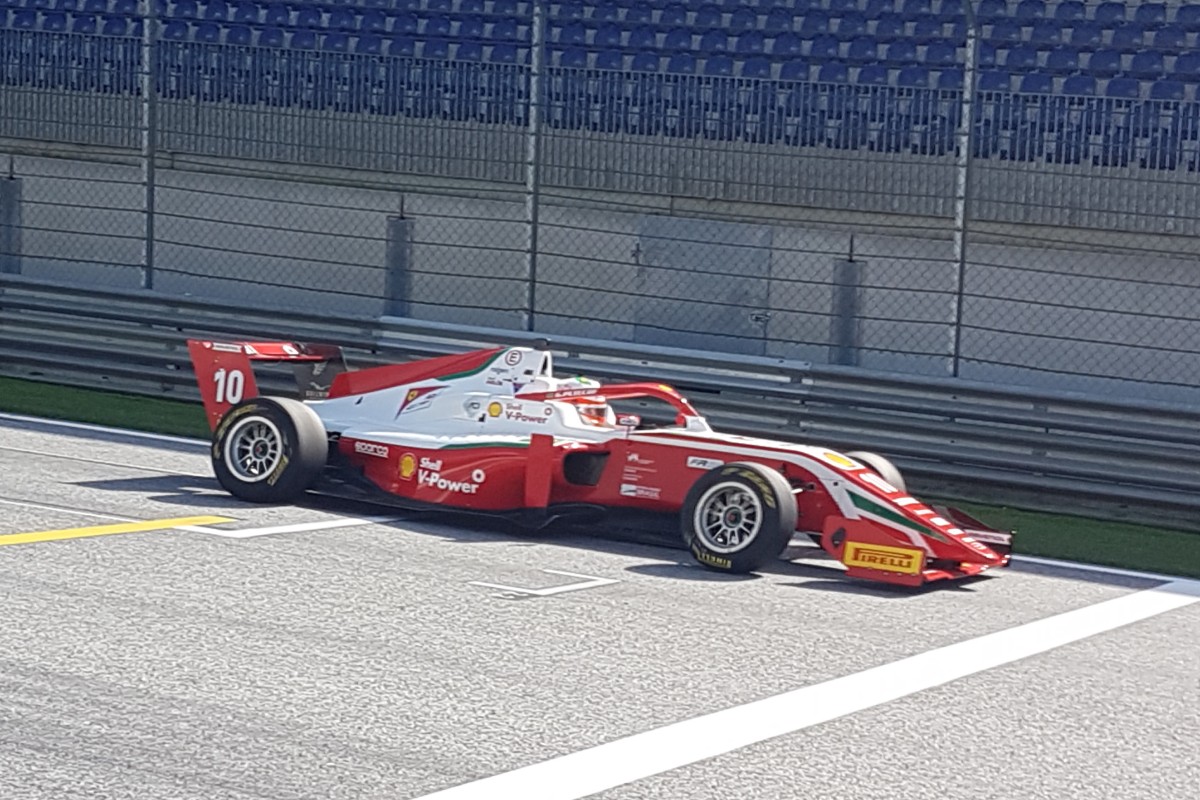 Prema returned to the top in the second Formula Regional European Championship free practice session at the Red Bull Ring, with Gianluca Petecof the fastest of the team’s four drivers.

Between Arthur Leclerc, Petecof and Oliver Rasmussen the top spot in the times was traded multiple times between team-mates, with Van Amersfoort Racing’s Pierre-Louis Chovet also sneaking into the battle to be quickest at one point.

It all came down to who was fastest on their final lap, with Leclerc in first place as the chequered flag waved. Rasmussen was the first of the three Prema cars to cross the line and he improved to a 1m26.123s that took him to the top, but Petecof came by a short while after and bettered him by 0.030s.

Leclerc was also set for an improvement after the first sector, but ended up abandoning the lap and ending the session in third.

FP1 pacesetter Patrik Pasma snuck into fourth for KIC Motorsport, just over a tenth off the pace, with Chovet shuffled down to fifth. His debuting team-mate Alessandro Famularo was sixth, and Konsta Lappalainen returned to track after his FP1 technical issue to be within a second of Petecof in seventh.

The third KIC car, driven by F3 debutant Nico Gohler, was an impressive 1.092s off the pace in ninth place.

Jamie Chadwick struggled once again in the fourth Prema car, ending the session 1.9s off her team-mates.