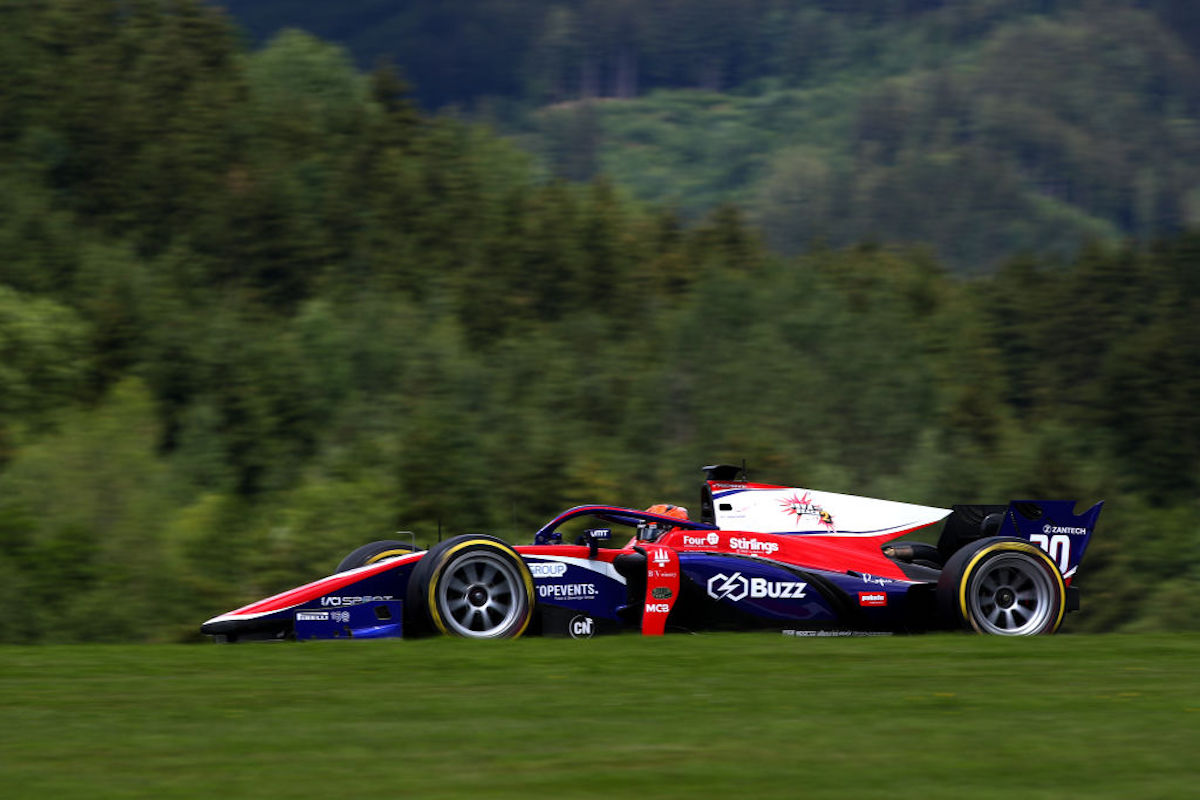 Richard Verschoor won on a drying track in a Formula 2 feature race at the Red Bull Ring otherwise dominated by track limit penalties.

The Trident driver started the race in eighth on slick tyres while those ahead were on wets. Verschoor couldn’t make progress off the line but the wet weather tyres quickly fell away and Verschoor was able to storm through to the race lead.

Verschoor then put in a faultless drive to secure the victory, while those behind battled and were handed track limit penalties. Verschoor would eventually finish 13.7s ahead of Jehan Daruvala, although he stopped on the cool down lap and couldn’t return to the pits.

Behind him, Daruvala spent the closing stages of the race trying to hold off Roberto Merhi, who is standing in for Ralph Boschung at Campos Racing. Merhi managed to find a way through, only to be immediately handed a five second penalty for exceeding track limits.

The wet tyre runners got a good start, with Juri Vips passing Frederik Vesti for the race lead off the line. An early safety car, brought out after an incident between Daruvala and Marcus Armstrong left the latter stranded on track, helped keep the tyres cool but the track was already ready for slick tyres.

Shortly after the restart, the race leaders began to plummet down the order and came into pit for slicks as soon as the pit window was open.

Sargeant, who had been fourth before the safety car, stormed up through the order and was fighting inside the top 10 before the slick tyre starters came into the pits for their mandatory stops.

That climb only continued, but he came under pressure from Enzo Fittipaldi in the battle for what was then fourth on track. Sargeant managed to hold onto the position and keep within the white lines and was promoted to third after time penalties were issued.

Despite getting a warning for track limits, Fittipaldi wasn’t penalised and was classified fourth ahead of Merhi and Hauger, who was jumped by Fittipaldi in the pits.

Behind them on track came Liam Lawson, but he was awarded a time penalty, as was Ayumu Iwasa, Calan Williams, and Vesti.

Jack Doohan was also hit with a time penalty, but his came earlier in the race and was served in the pits, leading to him finishing at the bottom of the order.

After the penalties shuffled the order, Jake Hughes was classified seventh ahead of Olli Caldwell, Iwasa and Vips.

Championship contenders Felipe Drugovich and Theo Pourchaire could only manage 13th and 14th.