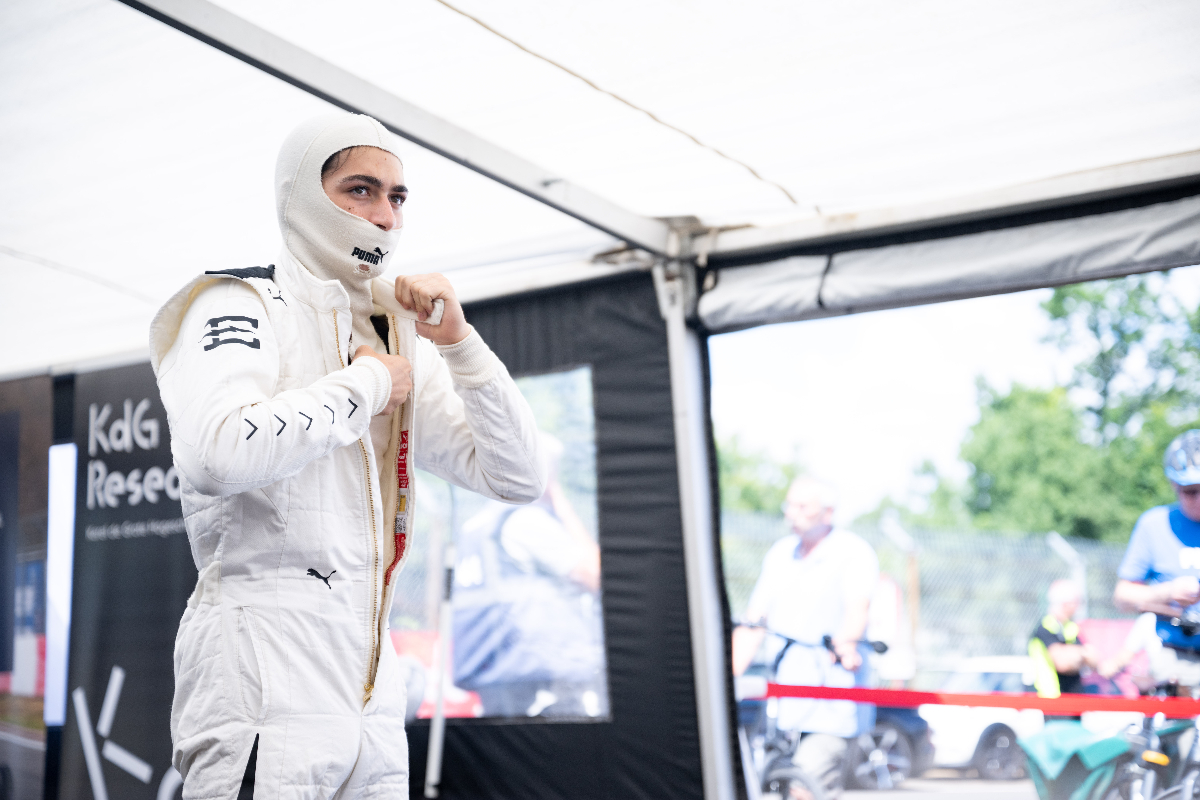 Official championship sessions only took place for the first time on Friday and Saturday, with three pre-event test sessions. There was supposed to be a fourth, but not all eight of the Formula 4-level cars were built in time.

Seven of the eight then turned up for qualifying, with Wout Colson not taking part.

Qualifying begun with a spin almost immediately for heritage touring car driver Cameron Hawes, who locked up heavily into the first chicane then spun on the exit.

Spiezia went straight to the top once the first flying laps were set, then sportscar driver Richard Morris briefly put himself in first place with a 1m57.316s on his second lap.

Almost five seconds faster when he came around to complete his second flyer was Spiezia, and on the lap after that he improved by 0.320s to set what would turn out to be the pole lap.

Milan de Laet was his closest rival at that point, 2.455s back, before Hawes improved to to move ahead of de Laet by 0.609s.

The pace then stagnated for almost everyone, with Hawes improving one time to secure his place on the front row with a lap that left him 1.244s off Spiezia’s early benchmark.

De Laet qualified 2.112s back in third, and late on Bob Stevens rose up to fourth place with a lap that was four seconds off the pace.

Several drivers spent the majority of qualifying’s second half in the pits, while MRF Challenge champion Michelangelo Amendola didn’t pit at all and endedup qualifying in last place, unable to improve on his first flying lap which was a 2m02.162s.

Ahead of him was Morris and Christiaan Spelmans, who did improve late on but was still almost seven seconds slower than Spiezia in his first single-seater experience.