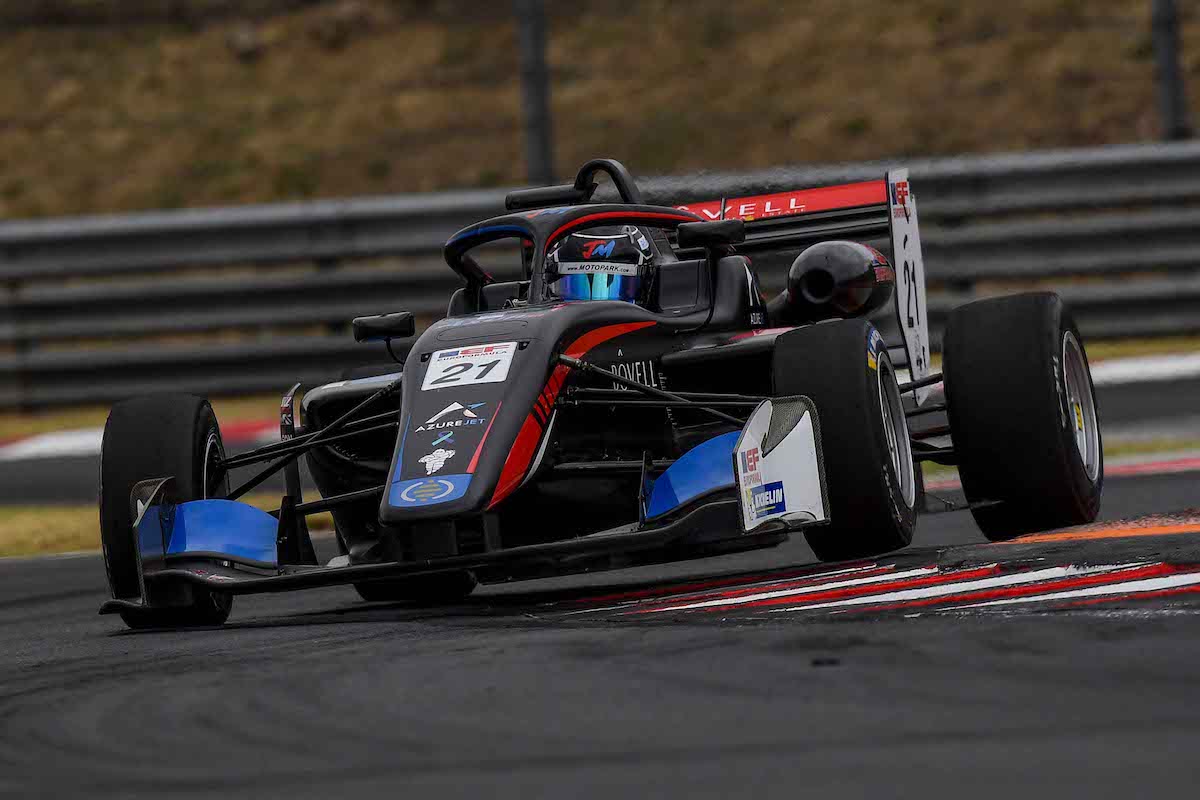 CryptoTower Racing Team’s Josh Mason finally claimed his first Euroformula win at the Hungaroring, and did so in dominant style

Drivex School’s returnee started on the reversed grid pole for race two with Mason alongside him, and a slow start meant Mason launched straight into the lead.

Through the first half of the race he had to check his mirrors for team-mate Christian Mansell, who had tried the outside of Simmons into turn one and then got the job done at turn two on the opening lap while Oliver Goethe also got his nose in, but after that the challenge from behind dissapeared and he raced away up front to win by over seven seconds on his 37th series start.

Mansell initially gapped Simmons, but in the second half of the race he quickly closed back in on second place and a wide moment for Mansell brought him right onto his gearbox. No overtake took place though, and soon Goethe was in the fight too.

Points leader Goethe had ended the opening lap in fifth behind Motopark team-mate Frederick Lubin, only getting by on lap eight with a move he had to pull of twice in two corners as Lubin came back at him. As the track got dustier he then started sliding off in the wake of Simmons but similarly could not get a pass done, and the convergence of the battle meant the race ended with Vlad Lomko joining in from fifth place too.

Lubin sank to sixth ahead of BVM Racing’s Francesco Simonazzi, who spent a long time defending against Alex Garcia, but with the latter eventually only just holding on to eighth ahead of series newcomer Benjamin Berta.

Vladimir Netusil was a distant 10th and last after spinning mid-race.