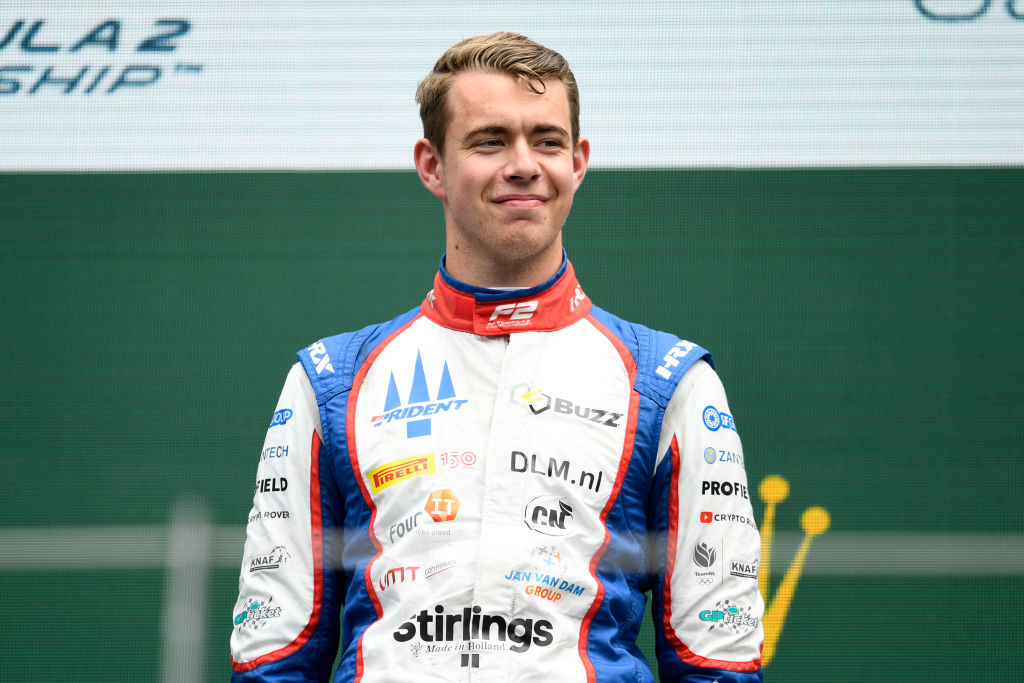 Richard Verschoor has been disqualified from Formula 2’s feature race at the Red Bull Ring after failing to provide the fuel sample required by the regulations.

This means Verschoor loses his maiden feature race win in Formula 1’s main support category, and Trident its first since 2014.

Starting already on dry tyres, Verschoor had dominated the race after the pit-stops and took the chequered flag over 10 seconds ahead of Campos Racing’s Roberto Merhi.

Merhi had been handed a five-second time penalty during the race for exceeding track limits, which meant the Dutch driver’s advantage over second-place finisher Jehan Daruvala increased to over 13 seconds.

However, Verschoor’s car stopped on track on the cool down lap with the driver being taken back to the podium by the medical car.

“I wish I could tell you,” Verschoor said in the post-race press conference when he was asked why he couldn’t make it back to the pit-lane. “I’m praying it’s not fuel. I will cry if that’s the case. But let’s see.”

After analysing the matter, the stewards determined that only 31.3 grams of fuel could be extracted from the car, well short of the 0.8kg sample required, and he was therefore disqualified from the race.

Furthermore it is understood that Campos Racing is attempting to have Merhi’s penalty overturned, on the basis that he lost time when he exceeded the track limits for the final time.

Carlin’s Logan Sargeant had taken the third step of the podium alongside Verschoor and Daruvala after Merhi’s time penalty.

Prema is also under investigation for an alleged infraction with its other driver Dennis Hauger and not placing his tyres flat o the ground during his pit-stop. ART Grand Prix escaped without action for doing similar with both its cars at Silverstone a week ago.