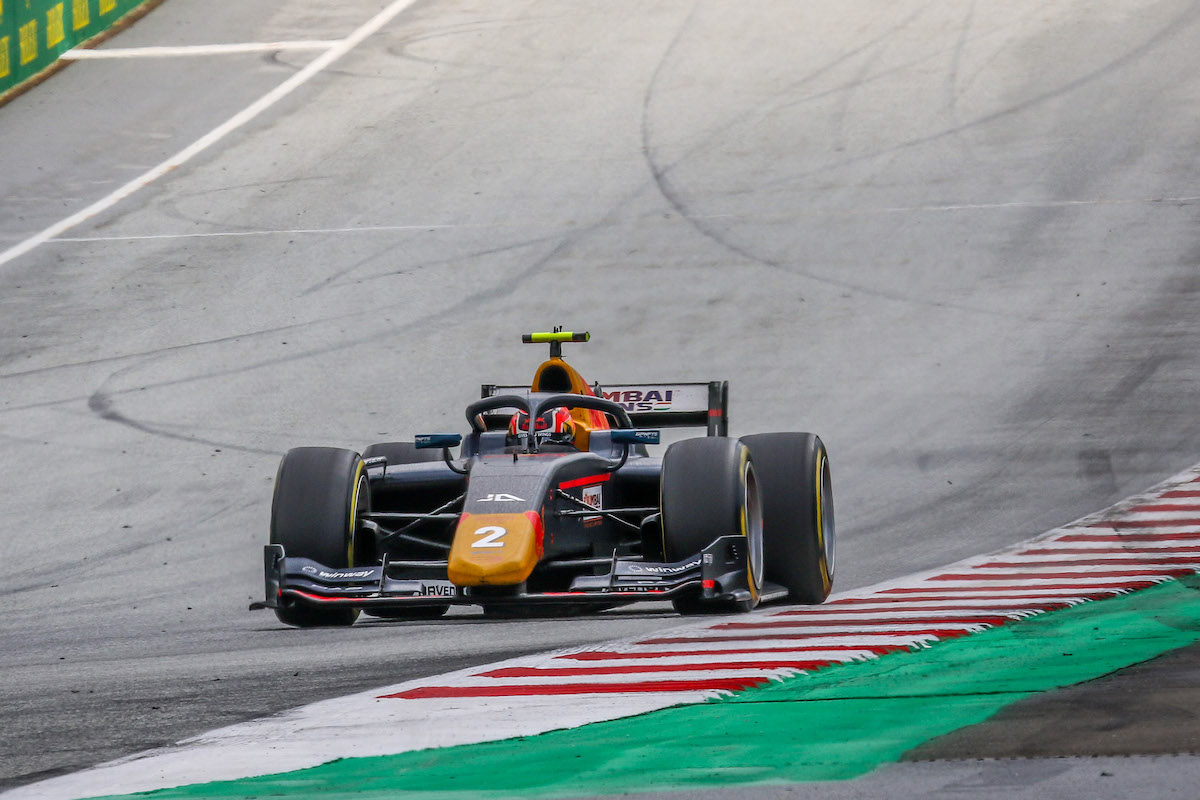 Jehan Daruvala has been penalised after his Prema team was seen trying to dry his grid space at the start of the Formula 2 feature race at the Red Bull Ring.

Daruvala finished the race third on the road behind Richard Verschoor, who was later disqualified because he could not provide the required fuel sample, and Roberto Merhi who received a five-second penalty during the race for exceeding track limits.

He could therefore have inherited victory, but Prema was also summoned to see the stewards for the alleged infraction before the start, and this led to a 20-second penalty which is set to drop Daruvala outside of the points places.

“Having considered the matter extensively, the Stewards determined that the team attempted to dry the track surface at their grid position prior to the race start by applying the fans normally used to cool the engine to the ground directly in front of the rear wheels of Car 2 [Daruvala],” the stewards’ decision read.

“This has been witnessed and reported by the Technical Delegate. As a performance advantage can never be ruled out in such a case, the mere attempt to alter the track surface is prohibited irrespective of any success. Therefore the infringement is penalized accordingly.”

The identity of the feature race winner is still unknown at the time of writing. Logan Sargeant would be next in line having joined Verschoor and Daruvala on the podium.

However, Formula Scout understands Campos Racing has attempted to have Merhi’s time penalty overturned, on the basis that he lost time when he exceeded the track limits for the final time.

Prema also got into trouble for an infraction during the pit-stop of its other driver Dennis Hauger, receiving a €1000 fine for not laying Hauger’s rear-left tyre on the ground.

“Having considered the matter extensively, the Stewards determined that during the mandatory pit stop, the rear left tyre was not placed flat as required, stood up and rolled away from the mechanic for a short distance before being retrieved by the mechanic,” read the decision.

“The Stewards determined that this behaviour creates a potential safety issue but that it was not a deliberate move by the mechanic.”