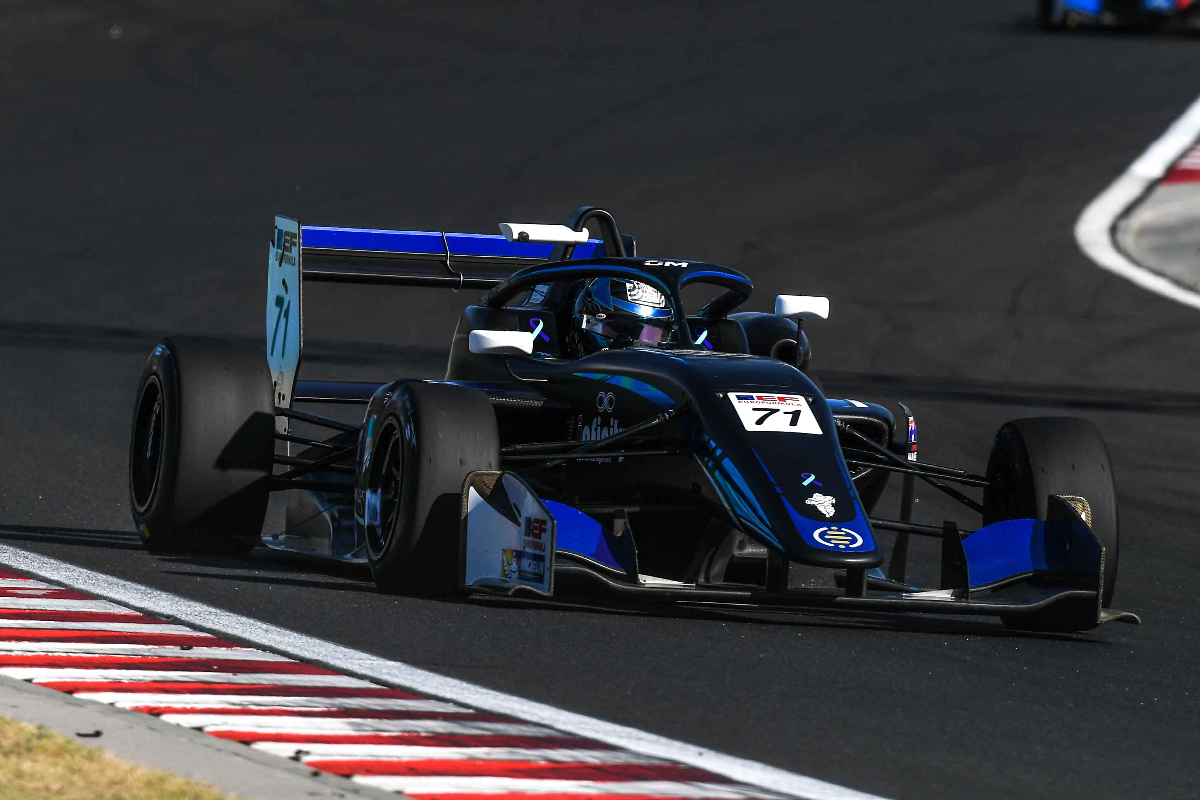 Christian Mansell held off a surprise attack from Francesco Simonazzi to win the final Euroformula race at the Hungaroring.

Mansell shared the front row with Drivex School’s Ayrton Simmons, who stalled and caused a safety car period as he had to be wheeled off the grid and back into the pitlane where he could start the race a lap down.

Third-placed starter Josh Mason also stalled, as well as Motopark’s Alex Garcia at the back, meaning Oliver Goethe went from fourth to second before turn one.

A strong restart from Mansell meant Goethe wasn’t a concern in his mirrors until the second half of the race, where on two consecutive laps he had a look at the first two turns. Mansell then got defensive, but in a strategic way that brought the cars behind into play.

Simonazzi had started seventh on the grid but was fifth before the safety car came out, then passed Vlad Lomko for fourth. Frederick Lubin was his next target and he was taken on lap 12 of 19 at the inside of turn two. He almost immediately latched himself onto the rear of Goethe after that as Mansell set the pace, and a failed move for the lead by Goethe at turn one left the room for Simonazzi to take the inside line for turn two and move into second place.

He then hassled Mansell in the remaining laps but couldn’t find an opening to get by the Australian, but it was still a well-earned maiden podium in second place.

“That was one of the longest race of my life,” Mansell said.

After their stalls, Mason and Garcia finished seventh and eighth, while Simmons claimed the fastest lap once he rejoined the action.