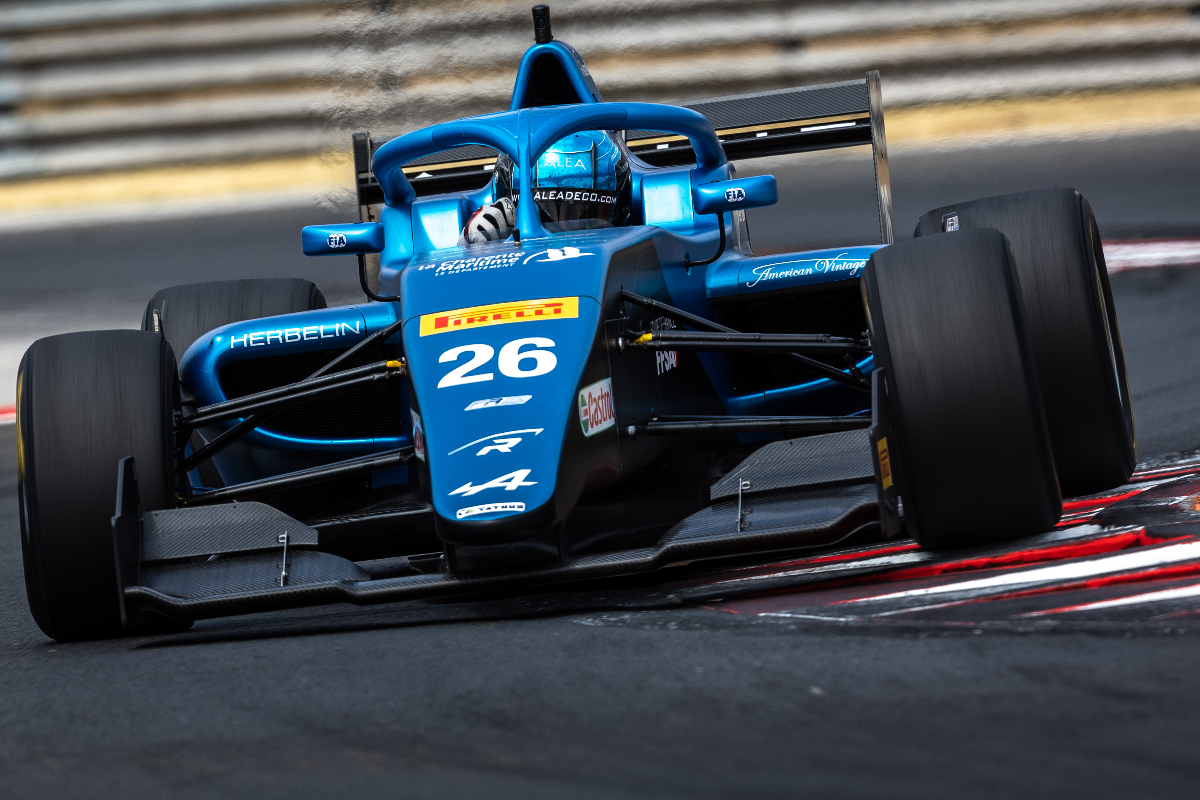 Hadrien David will start from pole for Formula Regional European Championship race two at the Hungaroring.

David set the first representative flying lap of Group B, a 1m39.498s, but he was quickly bumped off top spot by Trident’s Roman Bilinski who was able to break into the 1m38s with his first lap of the day at pace.

At this point all of Prema’s drivers were at the bottom of the timesheet, while Race Performance Motorsport’s Pietro Delli Guanti shuffled David down to third place.

R-ace GP duo David and Gabriel Bortoleto then went to the top of the times, before Bilinski shuffled them down again to hold provisional pole going into the final five minutes.

Only a minute later did title contender Paul Aron finally set a frontrunning lap, jumping from the back to third place, but the pace was still improving. David and Bortoleto got faster but couldn’t better Bilinski, and then FA Racing’s Victor Bernier snuck into second between them.

With 50 seconds remaining, Aron launched himself into first place with a 1m38.514s lap, which Bilinski couldn’t match.

Delli Guanti went 0.017s slower than Aron to get into second, then after the chequered flag the two R-ace drivers came across the line. David set a 1m38.185s, putting him top of the group, and Bortoleto posted a 1m38.242s which meant Aron was knocked down to third.

Knowing he would start no higher than fifth, Aron hoped title rival and Prema team-mate Dino Beganovic would struggle similarly in Group A. That proved to be the case, as ART Grand Prix’s Gabriele Mini and Trident’s Tim Tramnitz, who retired from race one with gearbox issues, disputed top spot.

Mini was fastest on each of the first three flying laps, before the track got dusty and nobody in the top eight improved after that until after the chequered flag when R-P-M’s Owen Tangavelou jumped up to fourth.

The benchmark 1m38.468s lap set by Mini was slower than David’s best meaning he will start from second on the grid, and the even numbered grid slots behind will be filled by Tramnitz, Leonardo Fornaroli (Trident), Tangavelou, Joshua Dufek and Kas Haverkort (both Van Amersfoort Racing) and Beganovic. Late on Haverkort and Beganovic had laps deleted over track limits, and set identical best laps, but it did not impact their placing. Points leader Beganovic will start from 14th place.