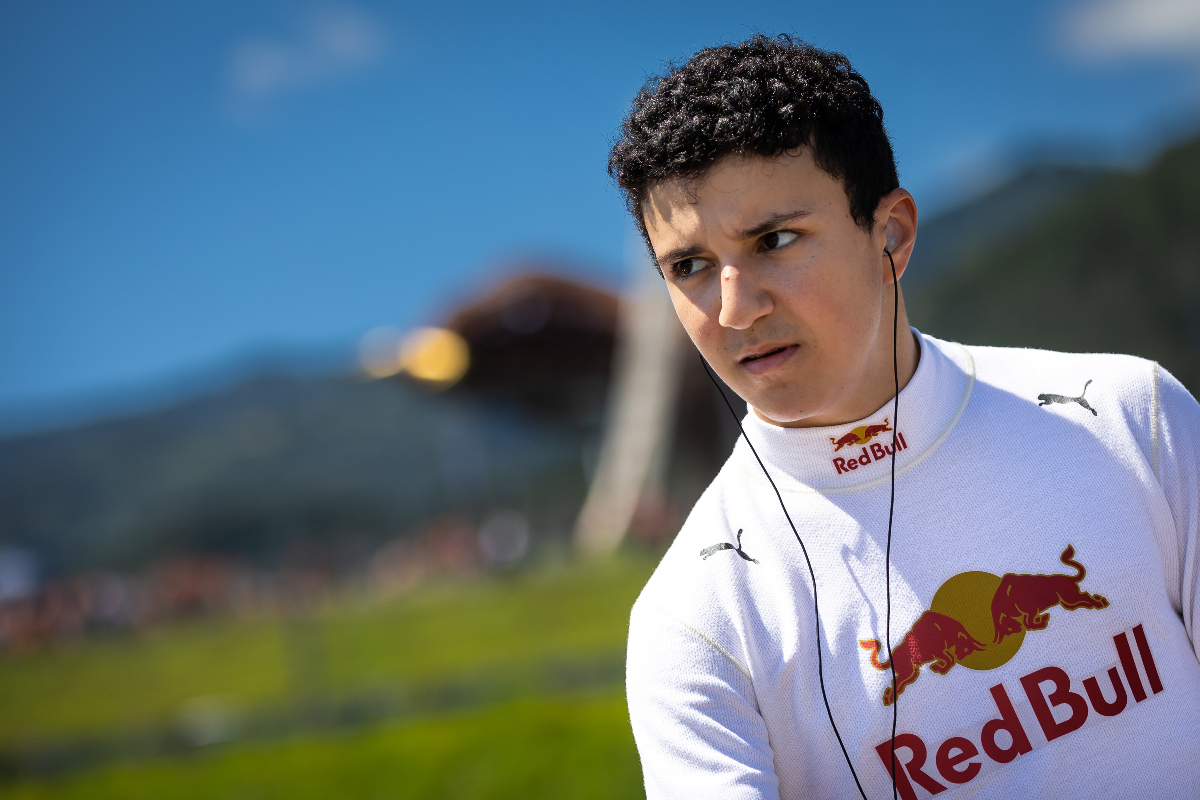 It was a wet race to start the day in Austria, and had a safety car start. It returned to track late in the race before a four-lap dash to the flag.

Victor Martins stuck with Hadjar when racing first began, which was a rolling start after two safety car laps. The pair managed to shake off Ollie Bearman in third and pulled away from the rest of the field. Small mistakes for the top two kept them within touching distance but Hadjar managed to settle down and pull away.

Hadjar spent the rest of the race building his gap and was five seconds ahead when the safety car was summoned after Charouz Racing System team-mates Francesco Pizzi and Zdenek Chovanec came together for the second time in the race and Chovanec went into the gravel.

The field bunched up but Martins had Federico Malvestiti between himself and Hadjar. Malvestiti had spun and been stationary earlier on, falling a lap down as a result.

Malvestiti pulled into the pits on the safety car restart, but Hadjar had already broken away from Martins. Martins couldn’t close the gap and finished 3.2s back.

Behind them, Prema’s Bearman and Arthur Leclerc followed up their sprint race battle. Leclerc couldn’t find a way past and came under pressure from Kaylen Frederick on the restart. He managed to hold him off for fourth, but it was a disasterious end for Frederick. The Hitech GP driver made contact with Roman Stanek, dropping both back as Frederick suffered a rear-right puncture.

Zane Maloney came through for fifth ahead of Stanek and Franco Colapinto.

It had been a busy race for Maloney, who spent most of it defending from Caio Collet in the bottom half of the top 10. The pair ran side-by-side multiple times before Collet was finally able to get through. They were close behind Red Bull juniors Jonny Edgar and Jak Crawford before the safety car restart when Collet made contact with the car ahead and both were sent spinning. Behind Colapinto, Alexander Smolyar climbed up to eighth ahead of William Alatalo and Ido Cohen.

Post-race, Stanek was given a five-second penalty for his Frederick clash, dropping him to 11th, and Pepe Marti was handed a three-place grid penalty for contact with Zak O’Sullivan.