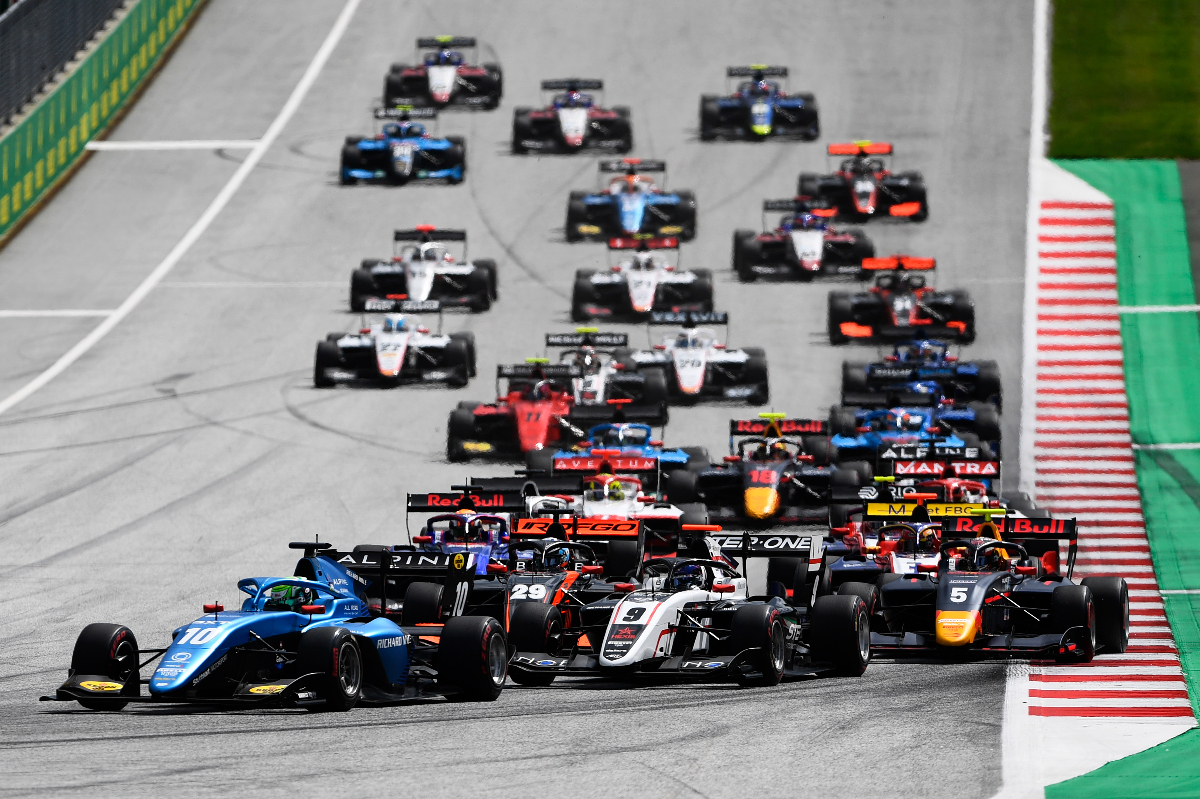 Pirelli has brought its softest available tyre for the FIA Formula 3 Championship at the Red Bull Ring, giving drivers “a shot at the unknown” in the sprint race.

This weekend is the first time the soft compound has been nominated for F3 since the Monza round in 2020 and its debut at the Austrian circuit, among the least demanding on tyres.

Prema is known for working with drivers away from race weekends on tyre warm-up procedures and its drivers finished first, fourth and sixth on the road.

“The most difficult part was probably the safety car restarts and the VSC, to keep the tyre temperature up and make sure you have the fronts in the right window, make sure you pull down the rears a bit,” Prema’s race winner Jak Crawford said.

F3’s rear tyres were redesigned this year to degrade faster, and are stressed by the high traction demands of the Red Bull Ring layout.

“We don’t know really well the tyres, so for me at the beginning of the race I was a bit scared to push too much, because with the medium [compound] it is already the case that you had quite a lot of degradation,” MP Motorsport’s Caio Collet said to Formula Scout.

“But here as we know it’s a different track, a low-energy track. I mean it’s a shot at the unknown, to be really honest, so I didn’t know how much I could use in the beginning of the race, but then at the end I think I was quite strong.”

Crawford added: “I didn’t know what to expect. Once I got past Caio I pushed quite a lot on the restart and in the final three or four laps I started to experience overheating, so I could definitely tell that with the soft tyre there’s a bit more overheating.”

Collet believes Crawford’s tyre management at safety car restarts “made a difference”, and that “we need to understand why they can put a little bit more temperature than us in the tyres because I think it’s played a big role in the race today”.

“In quali, as you have seen, we had to do two push in a row and a different strategy than what we normally do,” he said. “So from there it was already different this strategy for the weekend, and in the races the deg was bigger. It was not so much thermal but was mostly wear now.

“So it’s quite interesting to have different compounds during the weekends and having different experiences. Unfortunately in the team we didn’t really know what to expect as well of the soft, but I think we managed it quite well.”

Colapinto commented on the strengths of another Prema driver, Arthur Leclerc in fourth: “He looked really strong with those front tyres but I was struggling quite a lot with a lot of graining. He looked strong in the high-speed sections where I was struggling the most.”