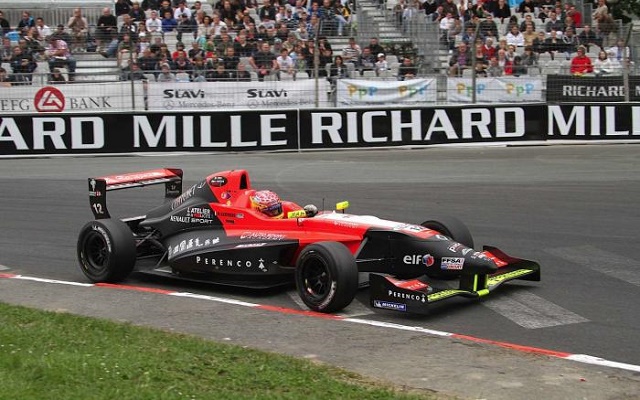 Formula Renault 3.5 frontrunner Matthieu Vaxiviere will be back racing a two-litre Taatus at Pau.

Vaxiviere will be part of the Formula Renault 2.0 Alps field, joining regular James Allen at French team ARTA Engineering for the weekend of May 15-17.

The outing could be intended as Vaxiviere’s preparation for FR3.5’s upcoming sole street circuit race at Monte Carlo.

The 20-year-old Frenchman has enjoyed a number of successes in various machinery at Pau over the years. There he claimed a double win in French F4 in 2011 on his way to the title and his first podium in Formula Renault 2.0 the year after.

He also took part in three editions of the Andros Electrique Trophy at the track, claiming a maiden podium in 2013 and winning both races in 2014.

Stoffel Vandoorne half a second clear in Barcelona GP2 practice