Stoffel Vandoorne half a second clear in Barcelona GP2 practice 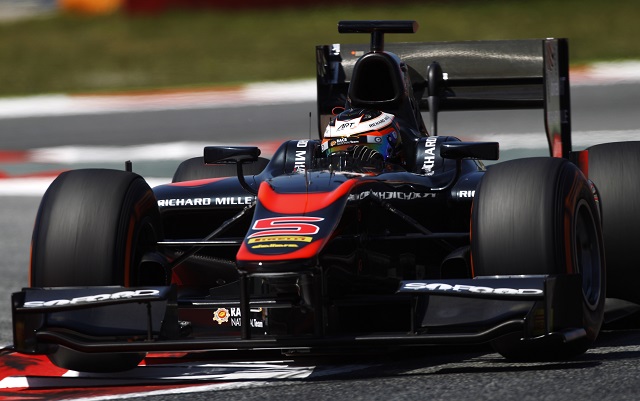 Stoffel Vandoorne maintained his superiority over the GP2 field by topping practice in Barcelona by more than half a second.

Richie Stanaway took sixth for Status Grand Prix ahead of Rio Haryanto, who sits second in the points behind Vandoorne after scoring his maiden GP2 win in the Bahrain sprint race.

Alex Lynn was a second off the pace in eighth ahead of Raffaele Marciello – who jumped straight from his Sauber F1 practice berth and straight into his Trident GP2 car for the session – and Artem Markelov.

At the Hilmer team’s first race weekend of the season, Johnny Cecotto was 14th and GP2 debutant Nick Yelloly 23rd.