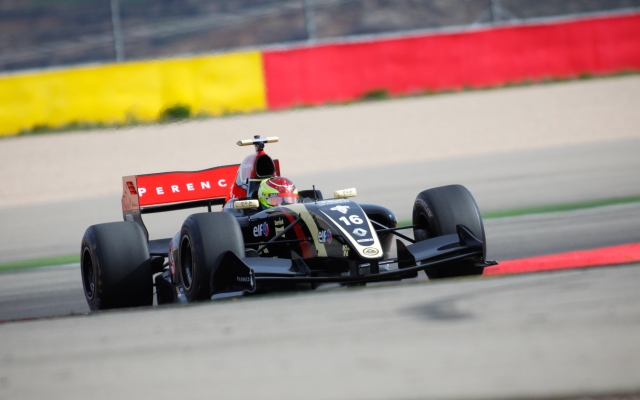 Returning to the cockpit at the Lotus team after skipping Monday, the Frenchman set a best time of 1m41.463s – the quickest lap of the week so far.

Pietro Fantin, another continuing with his regular team of Draco, was second quickest, 0.257s adrift.

Andrea Pizzitola was the best rookie in third after switching from Lotus to Tech 1, just ahead of Arden’s Egor Orudzhev. Beitske Visser was fifth ahead of Jazeman Jaafar, who has temporarily left DAMS down to one car while he spends a day with Fortec.

Nyck de Vries was seventh in that sole DAMS entry, ahead of Luca Ghiotto with Strakka, Oscar Tunjo at Pons and Dennis Olsen, also with Strakka.

European F3 frontrunner Lucas Auer was 12th quickest in his first run in an FR3.5 car with Arden.