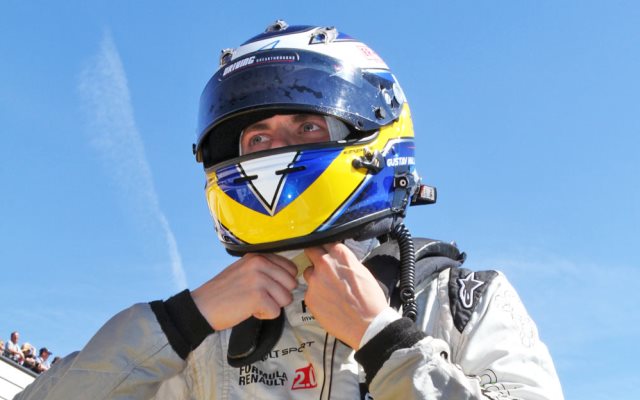 Driving the #22 Zeta Corse entry that Roberto Merhi took to three wins during the 2014 season, the Swedish driver claimed top spot inside the final ten minutes with a time of 1m41.725s.

That was 0.019s quicker than second-placed Arden driver Nicholas Latifi.

Morning pace-setter Alex Albon had been poised to top the times again on his first day in an FR3.5 car before being shuffled down to third in the closing stages. However, the Lotus F1 junior driver’s earlier benchmark remained the quickest time of the day.

Tio Ellinas was fourth quickest for Strakka ahead of Egor Orudzhev, took over from Charles Leclerc in the #8 Arden entry for the afternoon.

Draco and AVF regulars Pietro Fantin and Beitske Visser were sixth and seventh respectively ahead of DAMS tester Jazeman Jaafar, Andrea Pizzitola of Lotus and Jann Mardenborough for Tech 1, with the top ten covered by just 0.368s.