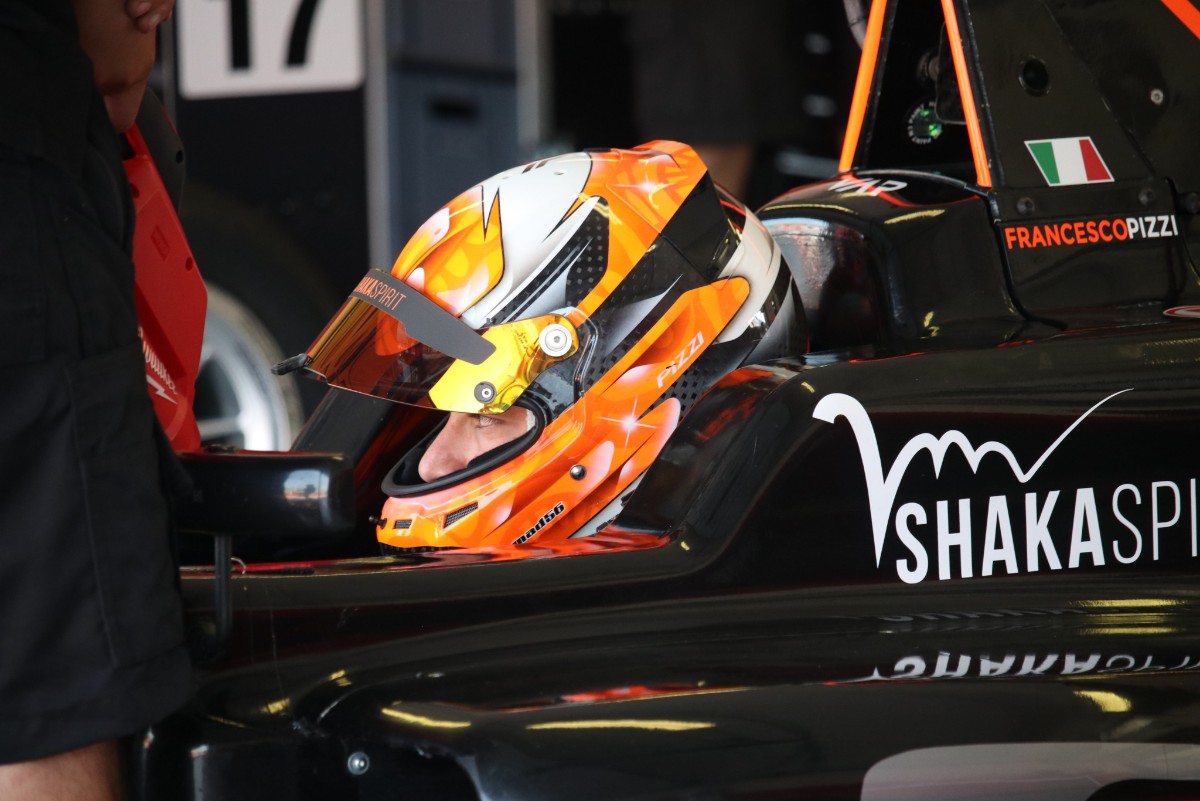 The Italian is VAR’s sole entry in Italian F4 this weekend as the Dutch outfit is running Red Bull juniors Jonny Edgar and Jak Crawford in the clashing ADAC F4 round at the Lausitzring.

Prema’s Gabriele Mini, who is making his car racing debut this weekend, was second fastest in both sessions with his fastest effort 0.233s adrift of Pizzi’s best time.

Cram Motorsport’s Andrea Rosso was fifth ahead of Romanian racer Filip Ugran, who is competing with Jenzer Motorsport in his second year in the championship.

The fourth Prema entry of Gabriel Bortoleto was seventh in FP2, placing him ahead of Francesco Simonazzi (DRZ Benelli), Pietro Delli Guanti (BVM Racing) and Danish racer Sebastian Ogaard (Bhaitech) in the top 10.

Chinese karting graduate Cenyu Han was slowest for AKM Motorsport, but set the most laps across the two sessions.