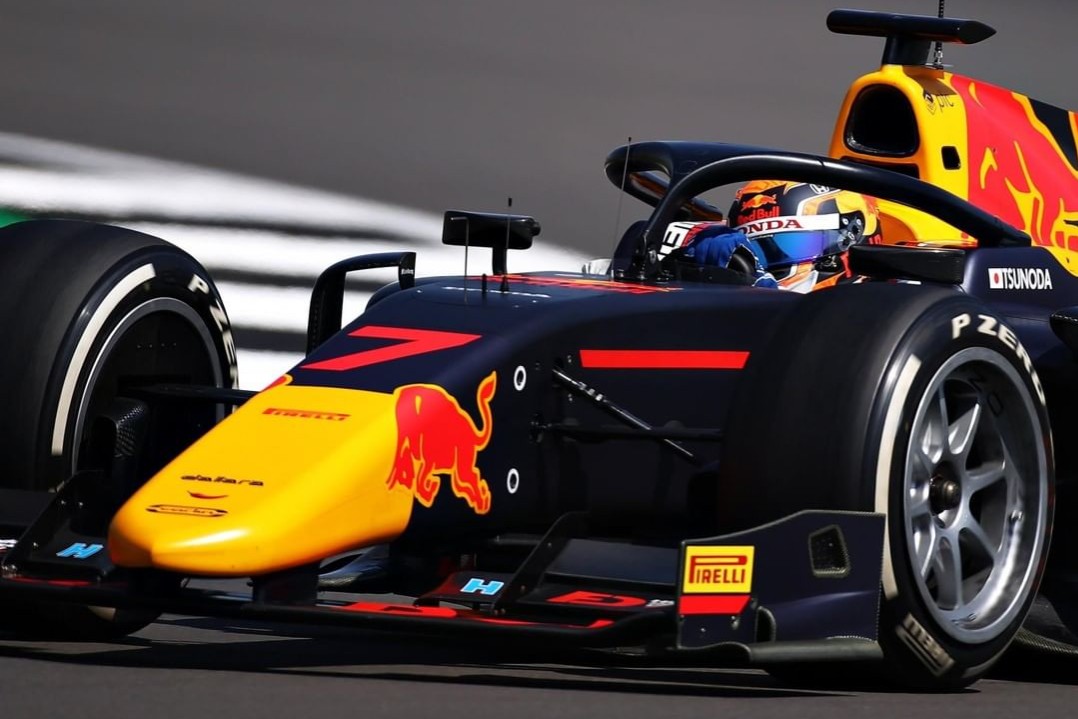 Tsunoda, who sits 12th in the standings after the opening three rounds, sat at the top of the timesheet for the majority of the sole practice session and finished with a 1m40.563s.

The 20-year-old’s session wasn’t all plain sailing as he spun and re-joined the circuit at Brooklands with around 10 minutes left on the clock, but the Japanese driver has topped three of the four practice sessions this season.

Tsunoda’s best effort was over four-tenths quicker than his team-mate Jehan Daruvala, who is one place behind Tsunoda in the points table.

Both Carlin drivers tested Dallara F317 cars at Silverstone prior to the F2’s delayed start as preparation for their racing return, and said the test had given them confidence going into this weekend.

The top 10 was rounded out by ART Grand Prix duo Christian Lundgaard and Marcus Armstrong, who both failed to score points at the previous round at the Hungaroring.

HWA Racelab’s Giuliano Alesi spun out of practice on the exit of the opening turns after just three completed laps.