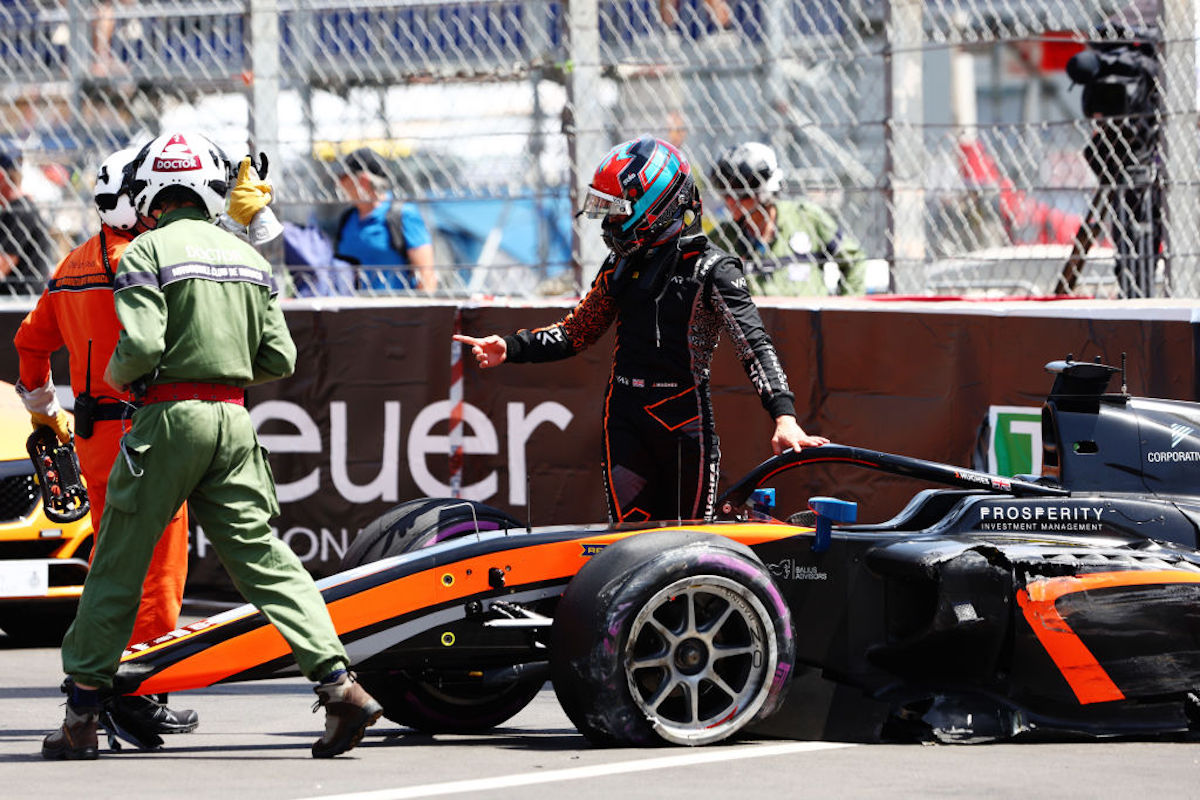 Van Amersfoort Racing is racing against the clock to rebuild Jake Hughes’ car for the Formula 2 Monaco sprint race following his massive shunt at the end of qualifying.

Hughes went over the kerbs and struck the inside barrier on the entry to Louis Chiron, which dislodged his front wing, sending it under his front-left wheel and then sending him flying over the next set of kerbs before he struck another barrier and then speared across the track into the opposing Armco barrier at Piscine with a heavy left-hand-side impact.

He was able to climb out of the car, but the incident brought out the red flag and an early end to qualifying.

The VAR mechanics worked through Friday night to build up a completely new car, including the tub, engine, gearbox and suspension, and all 12 eligible mechanics were put into service to build up the car from a brand new tub.

The team hopes to be finished and scrutineered in time for Saturday’s sprint race but VAR’s chief executive officer Rob Niessink admitted to Formula Scout that “it’ll be tight”.

Hughes told VAR that the car turned in more than expected at the Louis Chiron left-hander at the start of the swimming pool complex.

If the team is able to get the car on the grid, Hughes will start the sprint race from reversed-grid pole, illustrating the fine line between success and disaster on the tight confines of the Monaco street circuit.

His team-mate Amaury Cordeel, who escaped a penalty for erratic driving earlier in the weekend, will start 18th on the grid.