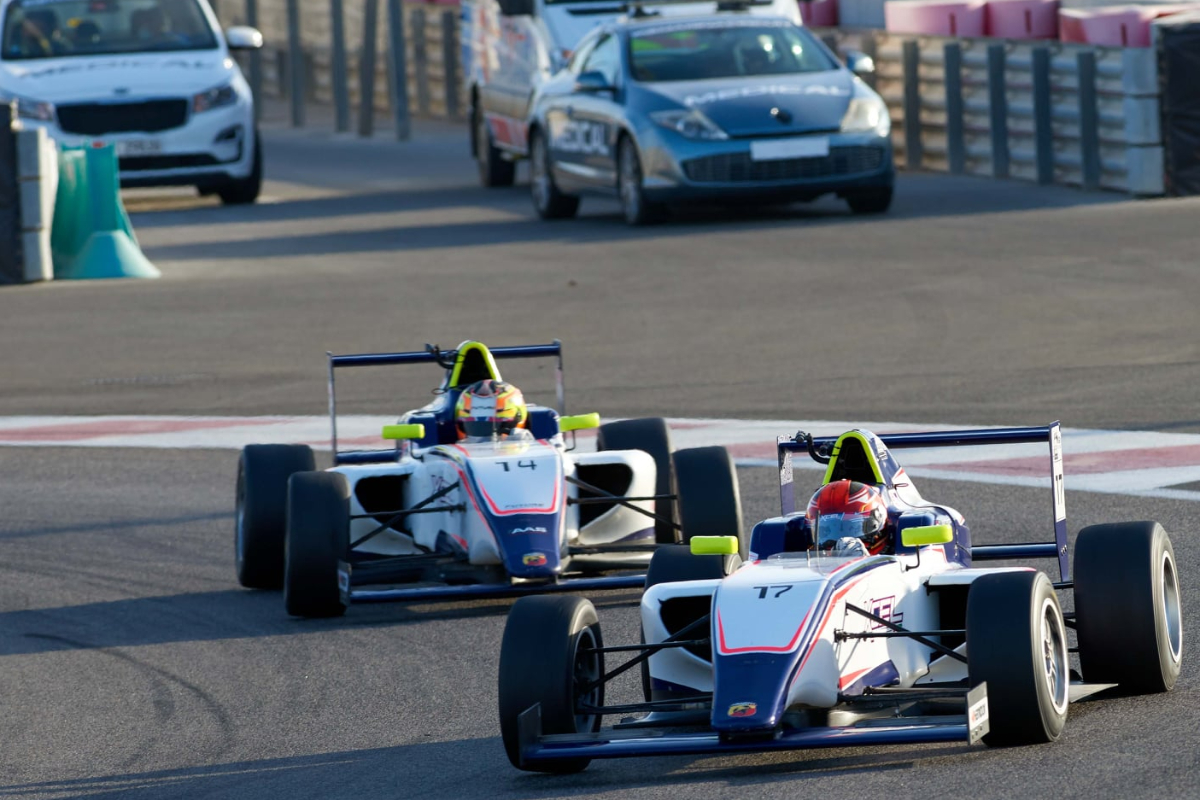 Enzo Trulli goes into the final day of the Formula 4 United Arab Emirates season a few points ahead of Dilano Van’t Hoff after two dramatic races on Friday.

Xcel Motorsport driver Van’t Hoff qualified second for race one of the weekend at Dubai Autodrome, but a grid penalty carried over from the previous round meant he had to start from the back.

Mucke Motorsport’s Vlad Lomko, who will be racing in ADAC F4 with US Racing this year, claimed pole on his series debut.

His hopes of victory on his first start were undone when Abu Dhabi Racing’s Hamda Al Qubaisi collided with him, and Cram Motorsport’s Trulli took an early lead before Al Qubaisi started battling with Lomko over first place.

The resultant investigation decided that no driver was at fault, meaning Al Qubaisi’s 3.499-second victory over Trulli stood, while Lomko finished a dissapointed sixth.

Fortunes initially flipped for race two, as Van’t Hoff got to start from pole while Trulli was unable to start at all.

Rather than sail to an easy win though, Van’t Hoff picked up a five-second penalty for jumping the start and as a result he had to push as hard as possible at the front of the field.

He managed to get it done before the race was put behind the safety car for the final laps. His advantage was wiped, dropping him from first to seventh.

Lomko had passed fellow Russian Kirill Smal for second place not long before the safety car appeared, and as a result became the race winner. Jamie Day moved past Xcel team-mate Pepe Marti for third, as Al Qubaisi dropped to last.

Trulli now heads into the final two races with a slim points margin over Van’t Hoff, with Smal still in title contention.