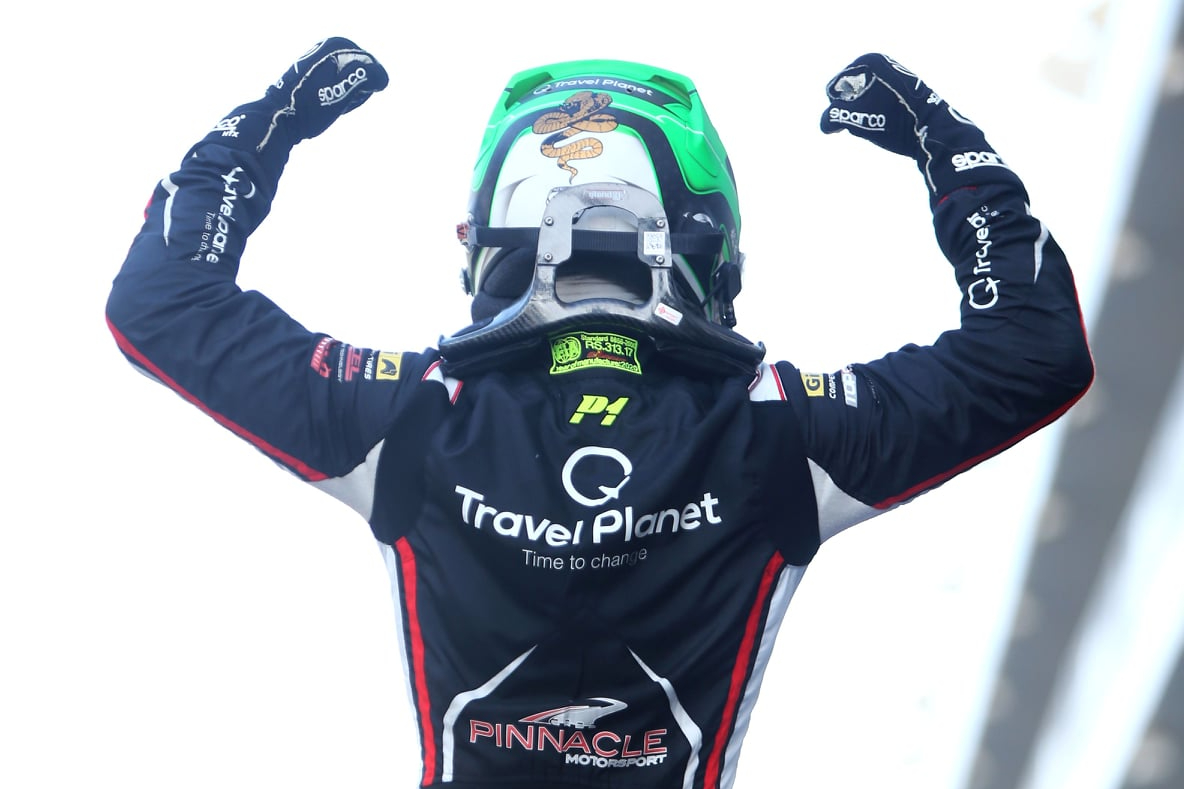 Zhou took pole for the opening race of the season’s penultimate round, but Chovet had the inside line off the grid and a good start meant he could force himself alongside Zhou down the long run to the first corner.

Zhou tried to defend his lead but to no avail, although almost snatched it back a corner later, and from then on shadowed Chovet through the 15-lap race.

Evans GP’s Patrik Pasma also made a strong getaway from seventh place and went the outside of several drivers at the start. He passed Mumbai Falcons’ Jehan Daruvala down the long back straight to take third, and then closed in on the top two but never got close enough to attempt an overtake.

Daruvala lost another spot to fellow Red Bull junior Ayumu Iwasa, with the Hitech GP driver then pulling away from the Indian to finish a comfortable fourth. Post-race, Pasma and Iwasa had their positions swapped after Pasma was found to have gained a place by leaving the track.

His team-mate Roman Stanek came home in sixth, while Roberto Faria did initially run in seventh before coming under mid-race pressure and dropping to ninth in his Motorscape-run car behind BlackArts Racing’s Cem Bolukbasi and Hitech’s Roy Nissany.

The race ended behind the safety car as a result of a late crash between Alexandre Bardinon (Pinnacle) and Lorenzo Fluxa (BlackArts) which resulted in Bardinon’s damaged car needing to be retrieved.

Daruvala’s team-mate Kush Maini had gearbox issues that put him in the pits early on, but he was able to return to track and with clean air set the fastest lap of the race. As a result, he will start race two of the weekend from pole.