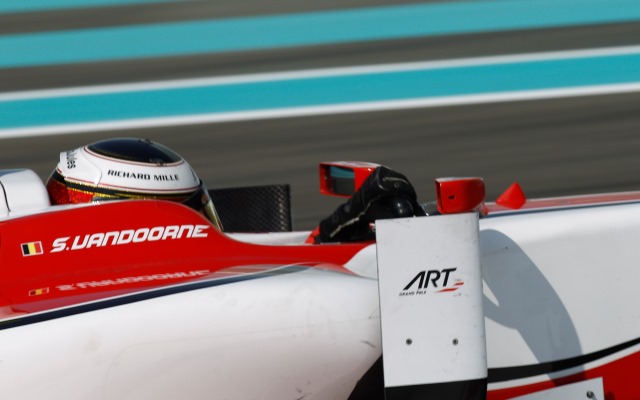 Stoffel Vandoorne topped the times in free practice ahead of the final round of the GP2 season in Abu Dhabi.

The Belgian is just eight points behind Felipe Nasr in the fight for P2 in the championship, and will be gunning for his fourth consecutive pole in qualifying later on Friday.

He was 0.075s faster than second-placed Stephane Richelmi in practice, while third was Arthur Pic – who was the nearest man to Vandoorne in the past two qualifying sessions.

Champion Jolyon Palmer was fourth fastest ahead of Johnny Cecotto and Felipe Nasr, who has sealed a 2015 Formula 1 seat with Sauber since the last round in Sochi.

Ferrari junior Raffaele Marciello was seventh, ahead of Red Bull Junior Pierre Gasly, who is linked with a full-time switch to GP2 next year.

Stefano Coletti – one of the freshest drivers in the field after finishing sixth in the Macau Grand Prix last weekend – was ninth, with Mitch Evans tenth.

Debutant Nicholas Latifi – replacing Daniel Abt at Hilmer – was 22nd ahead of returnees Conor Daly and Kevin Giovesi.

Lynn quickest in practice ahead of crucial Abu Dhabi qualifying