Lynn quickest in practice ahead of crucial Abu Dhabi qualifying 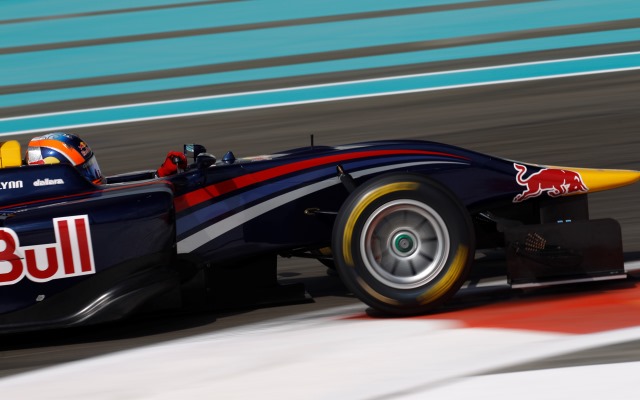 GP3 points leader Alex Lynn set the pace in free practice for the final round of the season in Abu Dhabi, where he will become champion in qualifying later today if rival Dean Stoneman fails to take pole.

Stoneman had sat on top of the times until Lynn set his best lap in the final minutes of practice. Stoneman needs to score maximum points this weekend – including the four bonus points for pole – in order to deny Lynn the crown.

Nick Yelloly moved up to P2 at the chequered flag, just 0.027s behind his fellow Briton, with Marvin Kirchhofer also within a tenth of the pace in third.

Stoneman was moved back to fourth ahead of fellow Sochi winner Patric Niederhauser. Next up were Alex Fontana, Patrick Kujala and Dino Zamparelli, with the top ten completed by Emil Bernstorff and Luis Sa Silva.

Kang Ling rounded out the 23-car field in his first drive of a GP3 car, three spots behind fellow Trident newcomer Ryan Cullen.

Ocon to do FP1 and test in Abu Dhabi with Lotus