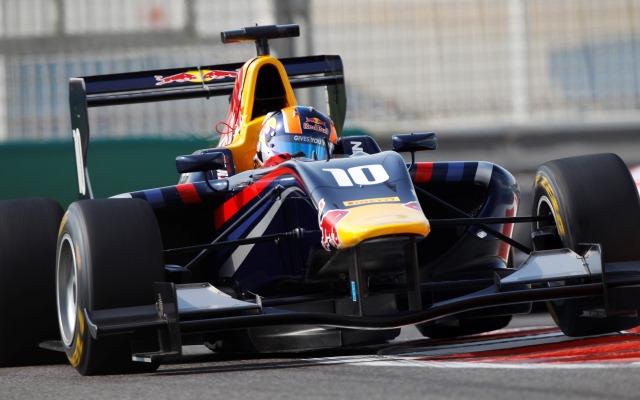 Lynn has moved out of reach in the championship after his rival Dean Stoneman failed to take the four bonus points for topping qualifying that he needed if he was to stand a chance of closing the 47-point gap to his fellow Briton.

Kirchhofer led the times in the middle of the session, and later returned to the top spot in the closing minutes by a massive half a second.

Stoneman quickly followed him into P2, having been held up by debutant Kang Ling in the final sector of the lap. After the clearing the Chinese driver when he ran wide onto the pit straight, Stoneman then set a session-best sector one, but lost time in sector two with a small lock-up at the end of the back straight and yellow flags a few corners later.

He slightly improved his overall laptime, but was still 0.471s slower than Kirchhofer, who by claiming the four points has moved ahead of Stoneman in what is now a fight for P2 in the standings.

Lynn ended up fourth quickest. He took his turn at the top of the times in the final three minutes, but was immediately relegated by his Carlin team-mate Emil Bernstorff, who qualified third.

Dino Zamparelli was another to claim top spot in the closing stages but will line up fifth ahead of Jimmy Eriksson and Swiss duo Alex Fontana and Patric Niederhauser. Status Grand Prix team-mates Nick Yelloly and Richie Stanaway completed the top ten on the grid.