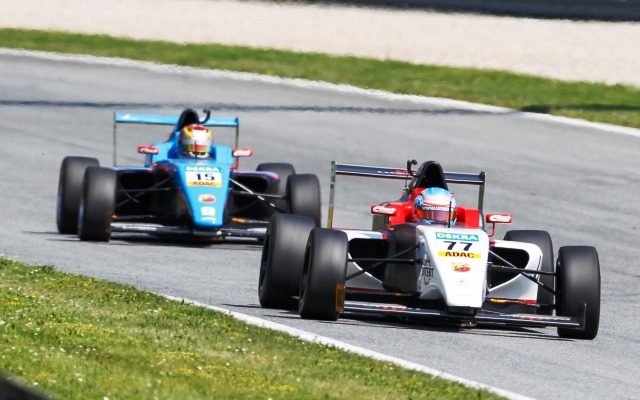 Dutch 17-year-old van Uitert contested his rookie single-seater campaign in ADAC F4 this year with Provily Racing – both team and driver making a late entry after the collapse of Formula Renault 1.6 NEC.

He failed to score a point outright – with his best result being 11th at Lausitz – but was seventh in the rookie standings.

He has now joined Andreas Jenzer’s team for a full season in the German series as well as selected Italian appearances.

“I tested for several teams but things clicked incredibly well with Andreas and the team,” he said.

“You can feel that they are geared towards not just reaching results but also developing drivers.

“The level of support is unbelievably intense but they also make sure you keep enjoying what you love to do the most, which is racing. That?s why this is the best place for me to be to continue my development.

“I want to be a permanent fixture in the top 10 and be able to race for podiums.”

?I am extremely pleased to compete with these two drivers in Germany,” said Jenzer.

“As a team we are very motivated because ADAC F4 offers the best possible platform for young drivers looking to start their careers in motor racing.”

Jenzer’s best results in ADAC F4 in 2015 came with Marek Bockmann, who scored a third place at the September Oschersleben round.

It has also contested both seasons of the Italian championship held so far, and was a two-time winner in 2015 with Marcos Siebert, who will continue with the team next year.