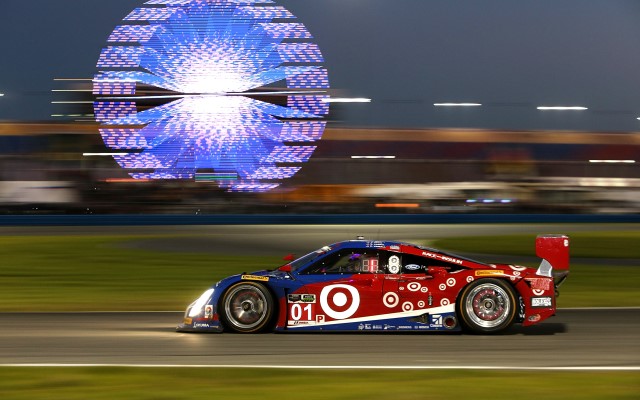 Formula 3 ace Lance Stroll will contest the Daytona 24 Hours next month with a trio of all-star team-mates in a Chip Ganassi Racing prototype.

The 17-year-old Canadian, who recently joined the Williams Formula 1 team as a development driver, will line up alongside sportscar stars Brendon Hartley and Alexander Wurz and touring car legend Andy Priaulx for the race on 30-31 January.

Ganassi has won the event six times since 2006, including last year?s edition.

Stroll, who will continue racing in European Formula 3 with Prema in 2016, is no stranger to racing in Florida at the start of the year, having commenced his car racing career there two years ago in the Ferrari-run, one-off Florida Winter Series.

Daytona did not feature on the schedule, but Stroll will get to take part in three days of testing at the circuit in the Ford prototype early in January.

Stroll will be racing during winter months for a third consecutive winter, having won New Zealand?s Toyota Racing Series at the start of 2015 before his move into F3.

?I?m focused on single-seaters in 2016 but when an opportunity comes along to compete in one of the world?s greatest and definitely North America?s most famous sports car race, with one of America?s most successful teams in Ford Chip Ganassi Racing, and racing at the legendary Daytona International Speedway, it was too great an offer to turn down,? he said.

?The Roar will give me an opportunity to acclimatize myself to driving a prototype and learning the DIS track for the first time.

?I?m looking forward to working with Brendon, Alex and Andy who each bring a lot of experience to our car, and of course the Ford Chip Ganassi Racing team.

?The test and race will help keep me race-sharp and in shape over the winter in readiness for the Euro F3 season that starts in early April.?

Vaxiviere to drive for new Spirit of Race F3.5V8 team alongside Atoev