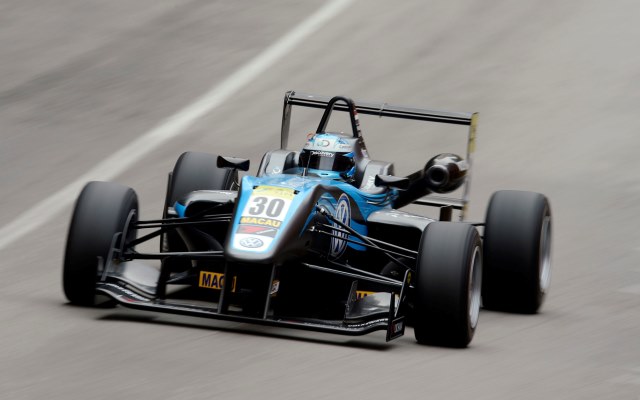 After making his debut for the German team at Macau last year with an 18th place finish, Gilbert has raced for Mucke in this season’s FIA F3 European Championship but endured a disappointing campaign, finishing 23rd in the standings.

He was due to appear at Macau for the team but on Friday announced he had failed to raise the necessary budget.

“Sad to say I won’t be racing in the Macau GP this year,” wrote the Australian on Twitter. “Due to this year’s results, the funding couldn’t be raised. Anyway, happy my disaster of a season is over and we can focus on fixing it for 2014 and making sure we are in the best place to excel.”

Fellow German F3 Cup graduate van de Laar finished three spots ahead of Gilbert in the FIA standings this year, driving for the Van Amersfoort Racing team. He also debuted at Macau last year with the Dutch squad (classified 24th after a last lap crash) but as they chose not to enter this year’s race he was due to miss the event until taking the vacant Mucke seat.

He joins the team’s European Championship runner-up Felix Rosenqvist and Japanese driver Yuhi Sekiguchi, who finished fourth in the 2011 race with Mucke.

In esteemed company: Will Stevens