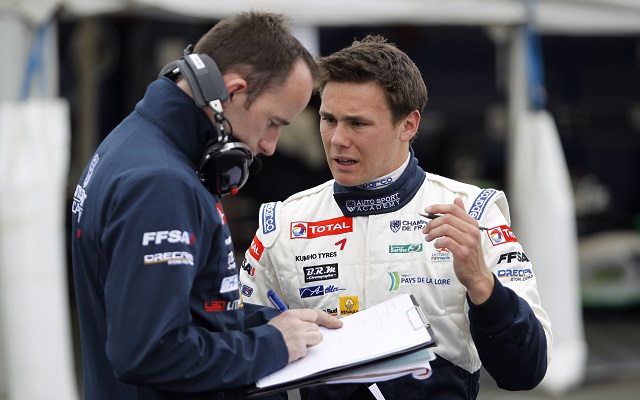 Following his career first podium in French F4 at Ledenon, Remy Deguffroy has crossed out another milestone in the series finale at Paul Ricard, taking the victory in the reverse-grid second race.

The Frenchman was the beneficiary of an incident between reverse-grid polesitter Amaury Rossero and his main chaser Matevos Isaakyan. As Rossero pulled away from the rest of the field during the hectic first few laps, Isaakyan soon emerged in second and began closing in on the young French driver. On lap 11, Isaakyan attempted a risky overtaking move and a collision ensued, ruining Rossero’s suspension and giving the Russian a drive through.

Deguffroy, who was running in third, therefore inherited the lead and managed to cruise to victory over the subsequent laps.

Series champion Anthoine Hubert and Ivan Kostyukov were two early high-profile retirements, both damaging their cars in an early crash.