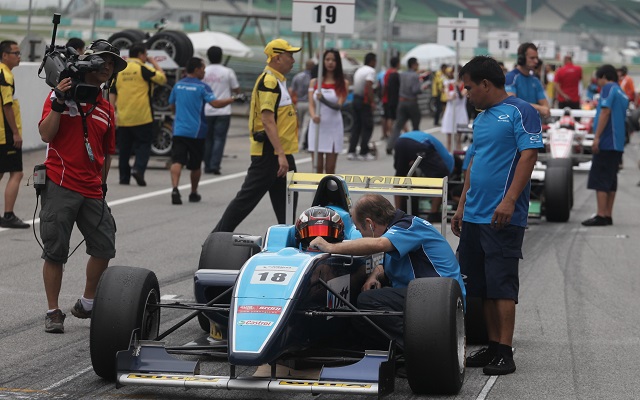 Thai racer Tanart Sathienthirakul took his first victory in the Formula Masters China series by converting his third pole into the top spot of the podium in race one at Shanghai.

Again, though, win seemed almost out of reach for the poleman after he had a slow getaway off the line and allowed championship contender Akash Nandy through into first. However, Sathienthirakul was soon back in the lead and then promptly controlled the race until the checkered flag.

Nandy himself was looking to comfortably take second yet ended up spinning out on the final lap, which resulted in him tumbling down the field. Afiq Ikhwan then inherited second, but was briefly overtaken by Matthew Solomon, only to take the position again right before the checkered flag.

In the standings, Wright holds on to the lead by one point over Ikhwan. Nandy sits a further 23 points behind, with 32 available over the two remaining races.