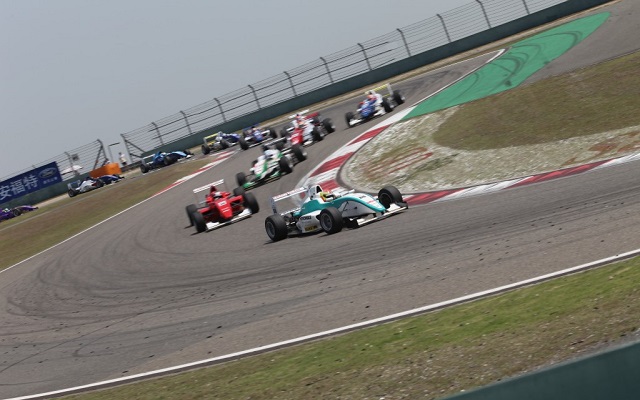 Malaysian racer Afiq Ikhwan has overtaken his Meritus teammate Aidan Wright for the lead of the Formula Masters China standings, having won the penultimate race of the season at Shanghai.

With the grid for race two based on fastest laps from race one, Ikhwan lined up on pole position and calmly converted it into his sixth victory of the season.

Race one winner Tanart Sathienthirakul brought the car home in second, having fought his way up from fourth throughout the race. His Eurasia teammate Matthew Solomon completed the podium.

Fourth place was taken by Wright, who finished narrowly ahead of Ren Nagabuchi and Akash Nandy. Series returnee Dan Wells was seventh, while Pu Jun Jin completed the points.

Coming into the final race, Ikhwan leads Wright by five points. With 20 points given for the feature race win, Nandy, who will start it from pole, is out of championship contention.