In esteemed company: Will Stevens 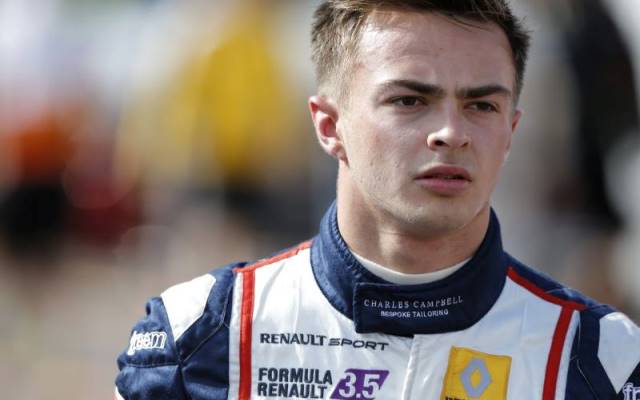 Former karting ace Will Stevens has taken time get firing in single-seaters but a fine performance in the Formula Renault 3.5 finale saw him finish fourth in the standings behind three young superstars…

Once signed to the Honda F1 team while he was a prodigious karter, Will Stevens has gone under the radar for much of his single-seater career so far. He’s still not making many headlines, but he has just finished a fine fourth in the Formula Renault 3.5 standings after a campaign where he was consistent but also on some occasions the closest challenger to Kevin Magnussen. Now with a foot back in the F1 paddock again through Caterham, his reputation is growing quickly.

He stepped up to the KF2 category in 2007 and continued to bring in the silverware, winning the CIK-FIA European Championship, Asia-Pacific Championship and Italian Open Masters. In early 2008 he was signed by the Honda F1 team and contested his final year in karts in the senior KF1 class, finishing third in the WSK International Series.

At the end of that year he moved into single-seaters by contesting the Formula Renault 2.0 Winter Series in UK and Portugal with Fortec Motorsports, finishing eighth in both. At the start of 2009 he entered three rounds of the Toyota Racing Series, taking five podiums and one pole position from the nine races.

He competed in the full Formula Renault UK Championship in 2009 with Fortec, finishing up seventh in the standings and second in the Graduate Cup to Harry Tincknell. He finished on the podium in just his third race, but a fifth and a sixth would be the best he could manage for the rest of the campaign. He had retained the support of the revamped Brawn GP squad for 2009, but this relationship came to an end with the takeover by Mercedes for 2010. 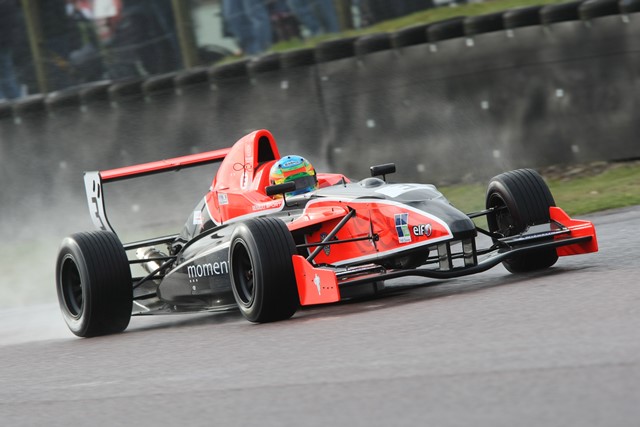 Stevens remained in Formula Renault UK for 2010, but switched to rival team Manor. He started well with wins at Thruxton and Brands Hatch, fighting Tamas Pal Kiss and Tincknell for the points lead. He fell out of title contention late in the year though with a lack of top results from the final rounds, as Tom Blomqvist and Lewis Williamson came on particularly strong. He finished second and fourth in two Eurocup races he contested at the Hungaroring, and won a NEC race at Spa.

Stevens opted to remain in Formula Renault 2.0 for 2011, returning to Fortec to contest a full season in the Eurocup. He started the year with a double pole at Motorland Aragon. He was stopped in the lead of race one by a fuel pressure fault but bounced back to win race two. Two second places followed at Spa, but for the rest of the campaign he failed to keep pace with Robin Frijns, Carlos Sainz and Daniil Kvyat who had all switched from Formula BMW that year. Making just one further visit to the podium in the final five rounds, he was also heavily outscored in that time by another rookie Stoffel Vandoorne but held on to claim fourth in the points ahead of the Belgian.

For 2012 he made the step up to Formula Renault 3.5, signing with another top British squad in Carlin as team-mate to Kevin Magnussen. The first five rounds of his campaign were solid if unspectacular, finishing in the lower half of the top ten six times in nine races. At Silverstone he led after a red flag in treacherous conditions but went off at the restart, but at the next round at the Hungaroring he secured his maiden podium finish with a third. A strong fourth place at Barcelona – ahead of Magnussen – saw him finish the year in 12th in the standings.

In post-season testing, for the second year in a row, Stevens performed well with the P1 team and so signed with them for the 2013 campaign. After a promising but point-less weekend at Monza he finished second to a dominant Magnussen at Motorland Aragon, tearing his way up the order from 11th on the grid and then adding a fourth place in race two. He was back on the podium at Spa, passing Magnussen to claim second place in race two, before adding a fourth and a third at Moscow. 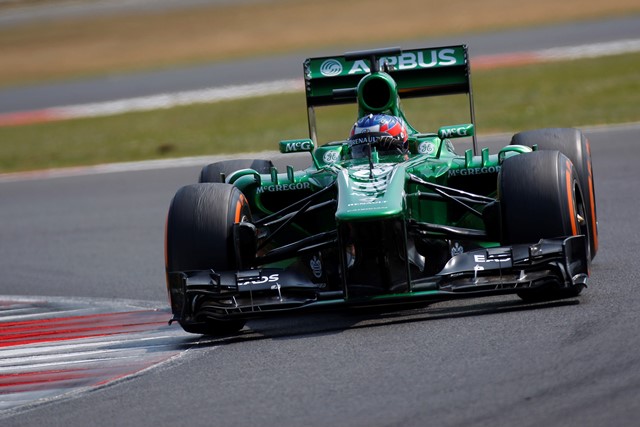 The strong results were followed by the announcement of Stevens joining the Caterham Racing Academy, testing an F1 car for the first time at the young driver test at Silverstone. Back in FR3.5 the consistent results continued, claiming a fourth and a sixth at Spielberg to move up into third in the standings. The hard work was undone by a difficult weekend at the Hungaroring, crashing out of race two, slipping down to sixth in the points battle. He had to make do with a fifth at Paul Ricard but things came good at Barcelona, chasing winner Magnussen home in race one, forcing the champion into a couple of mistakes, and then finishing third in race two. The results brought him back up to fourth in the final standings, seeing off Nico Muller and Nigel Melker to take the best-of-the-rest spot behind Magnussen, Vandoorne and Felix da Costa.

Caterham’s GP2 outfit is an obvious potential destination for Stevens in 2014, but he’s also considering staying on in FR3.5 in an attempt to win the title.

Talent verdict: Stevens is a talented driver. He was one of the best of his generation in karting and his ability did not disappear with the move into cars. But while he has always been able to run consistently near the front, he’s lacked those last few tenths to regularly win races – he’s only had four race wins in single-seaters. His Eurocup campaign in 2011 was a typical demonstration of his level. He was good enough to score well early on but couldn’t hold a candle to drivers who had more raw talent once they got some experience in the series. In FR3.5 he continues to be consistently quick, but he hasn’t been good enough to claim poles and lead races. Stronger qualifying results may have enabled him get those wins.

Chances of getting to F1: However good he might be, that lack of headline results is severely hampering Stevens’ ability to stand out as a possible F1 star of the future. That’s why staying back in FR3.5 for a title assault next year could be a wise move, rather than plugging away in GP2’s midfield as most rookies have to do. He appears to enjoy strong funding, particularly with his father owning a financial services outsourcing firm. In the current climate, that will only be a help. 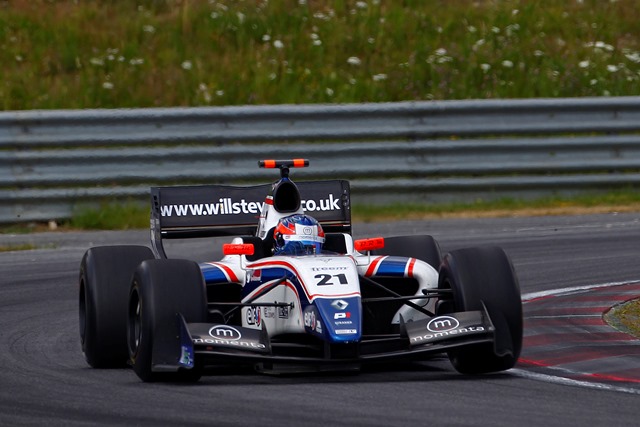