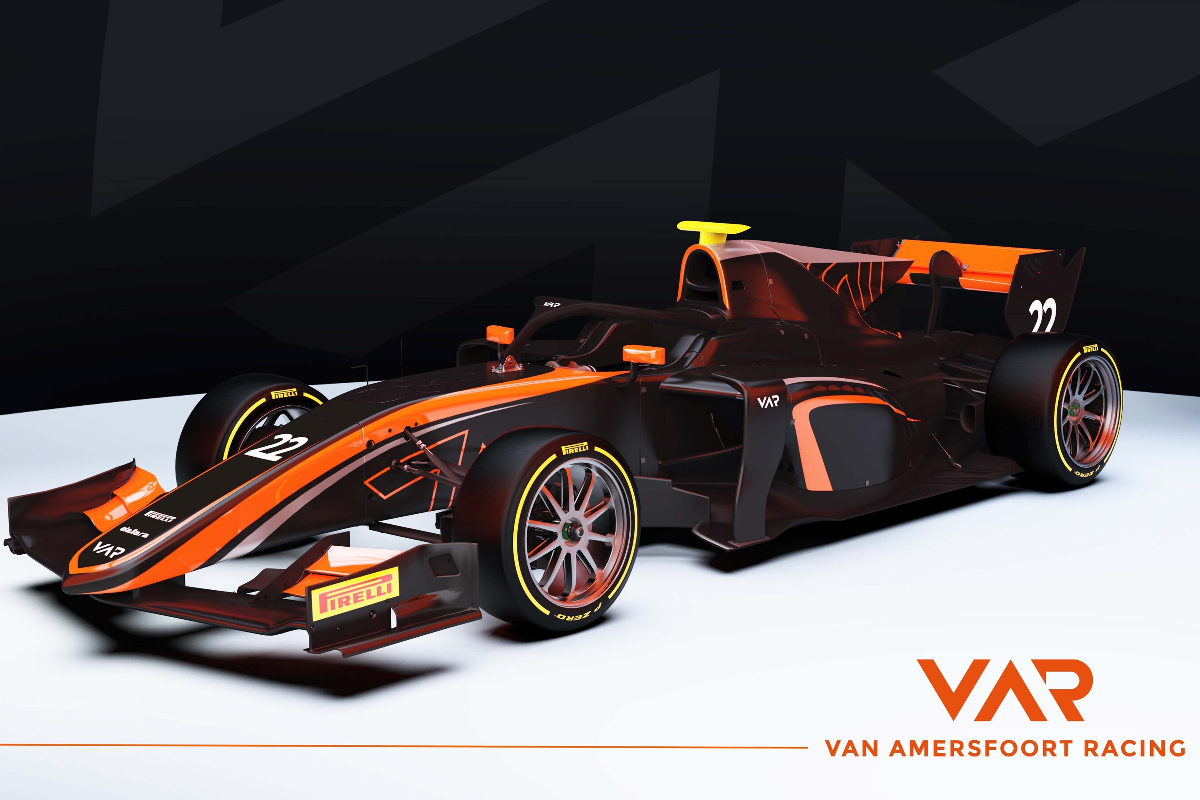 Successful Formula 3 and Formula 4 team Van Amersfoort Racing has announced that it will move into Formula 2 next year, as previously reported by Formula Scout.

The Dutch outfit, which ran Jos and Max Verstappen on their way up the single-seater ladder, was founded in 1975 by Frits van Amersfoort and initially competed in Formula Ford before expanding into winged categories.

It’s most recently been involved in Euroformula and Formula Regional European Championship, and two months ago announced its return to FIA F3 as it replaced HWA Racelab. It has purchased that team’s assets to replace it in F2 as well.

“It still amazes me how big we have become since I started this race team over 45 years ago” said van Amersfoort, who has confirmed to Formula Scout his trackside responsibilities will primarily be with the Euroformula, FREC and F4 squads in 2022.

“We were very happy to announce our re-entry into the FIA F3 just recently and are obviously overly excited to now add FIA F2 to our portfolio as well. Starting with F4, we cover the complete road to F1, which is perfectly in line with our philosophy on supporting young talented drivers on their way up to higher levels in motorsport.

“We are very well aware of the level of competition we’ll face and won’t take this challenge lightly!”

It will be the first time VAR has competed full-time in the second tier of single-seater racing, and its F2 and F3 squads will run together on the same Formula 1 grand prix weekends as their calendars are brought back together next year.

Peter van Erp, previously a member of the FIA and ACO’s technical working groups, the chief operating officer of the Spyker sportscar manufacturer and then team manager of VAR’s F4 squads since 2019, will lead the team’s entry into F2.

VAR’s chief executive officer Rob Niessink added: “We are absolutely thrilled about the extension into the FIA F2 championship. The high level of professionalism shown in this category suits us extremely well.

“It fits the way we operate throughout all the series we race in, so from that perspective it’s a perfect match. It’s an exciting development and it will be a big moment for us to see our F2 cars leaving pitlane for the first time during the upcoming post-season test at Abu Dhabi!”

Euroformula race-winner Cem Bolukbasi is one of the drivers already linked to VAR in F2, although it is set to run an experienced F2 racer at Yas Marina Circuit later this week to complete set-up work on its new cars.