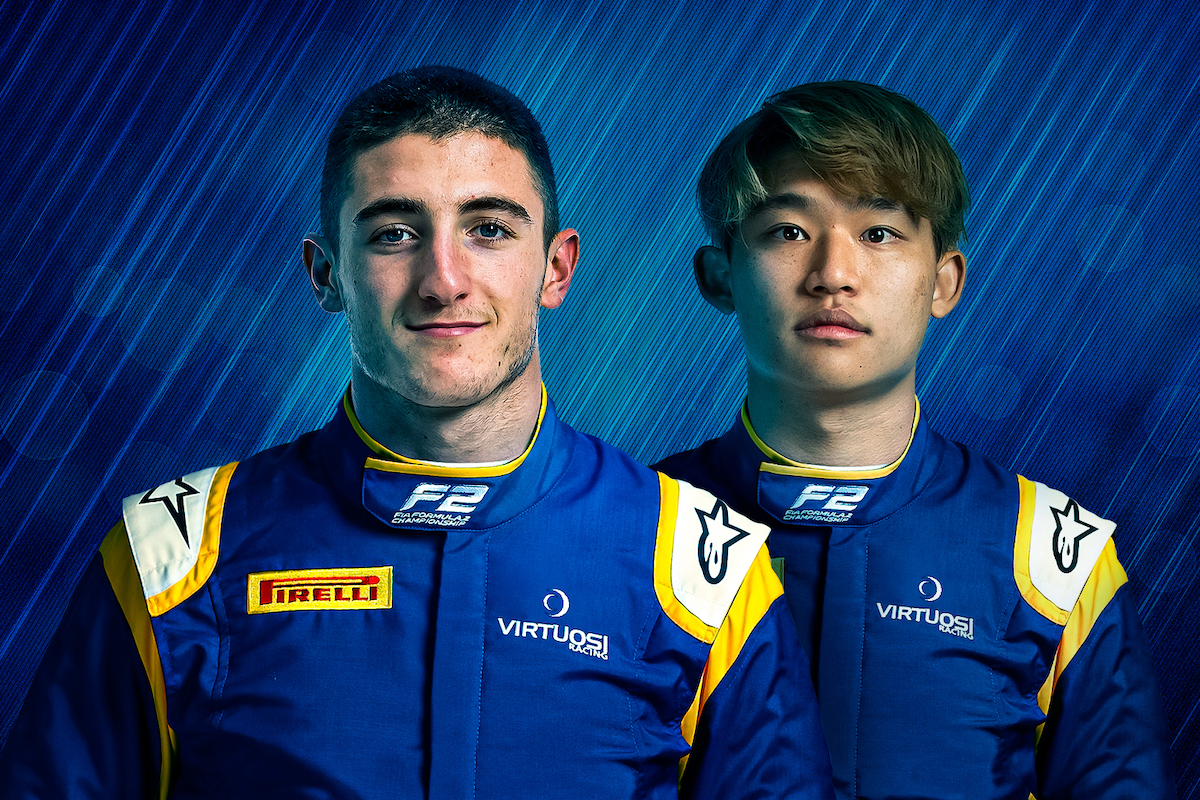 FIA Formula 3 runner-up Jack Doohan will drive for Virtuosi Racing in his first full Formula 2 campaign in 2022, joined by the experienced Marino Sato.

Virtuosi will field an all-new line-up next season as Guanyu Zhou steps up to Formula 1 with Alfa Romeo after three seasons with the team, while Felipe Drugovich also departs.

Doohan was second to Dennis Hauger in his second season of F3 this year with Trident, and stepped up to F2 for the final rounds of the year with MP Motorsport, qualifying second for the finale in Abu Dhabi.

“I’m very pleased and excited to join forces with Virtuosi Racing for our 2022 FIA Formula 2 campaign,” said Doohan, who has enjoyed Red Bull support through his single-seater career until now but has been subject to rumours linking him to Alpine’s academy for next year.

“I’m looking forward to continuing the team’s success and getting to work with the team in post-season testing this coming week.”

Sato was the Euroformula champion in 2019, when he also entered four F2 rounds with Campos Racing. Since then he has spent two full seasons with Trident, scoring just a solitary point in each campaign.

“It’s a real privilege to join a team that is fighting for the championship,” Sato said. “I have to say a big thank you to everyone involved in making this happen, and to the team for trusting me. I’m really looking forward to the upcoming season.”

Virtuosi has finished second in the teams’ championship in each of the past three years, having previously won it when it operated the Russian Time in 2017.

Announcing the line-up, it said: “Marino joins the team with a solid foundation of Formula 2 experience and Jack arrives as no stranger to success being the current FIA F3 vice champion. We are excited to get started in post-season tests later this week and are looking forward to the season ahead together.”

Logan Sargeant gets F2 drive with Carlin for 2022