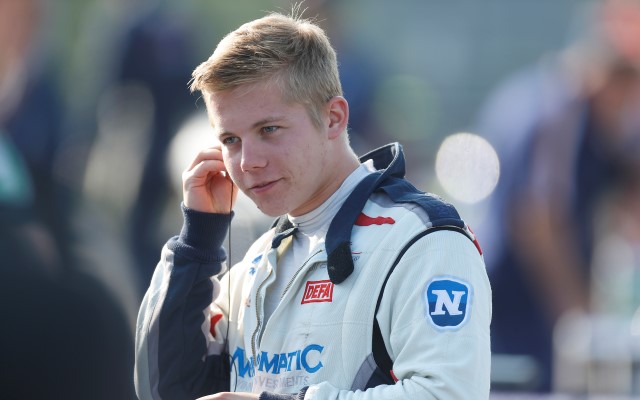 Aaro Vainio has claimed GP3 pole position at the Hungaroring for the second year in a row.

The Finnish driver defeated his former team-mate Conor Daly with a late lap to claim top spot. Daly failed to improve with his final effort, but held on to second place.

Daniil Kvyat was an early pace-setter and got himself back up to third at the end. Kevin Korjus starts alongside him on the second row, with both hoping they can become the ninth different winner from as many races this season.

Jack Harvey slipped from second down to fifth in the closing minutes of the session. Bamboo drivers Lewis Williamson and Melville McKee qualified sixth and seventh, with Carlos Sainz in eighth.

Facu Regalia languished down in 24th place inside the final ten minutes after having a best time deleted. The Nurburgring winner then went quickest, but fell to ninth by the chequered flag. He will share the fifth row with the only driver ahead of him in the points standings, Tio Ellinas.

In another close session, the top 18 were covered by less than a second.