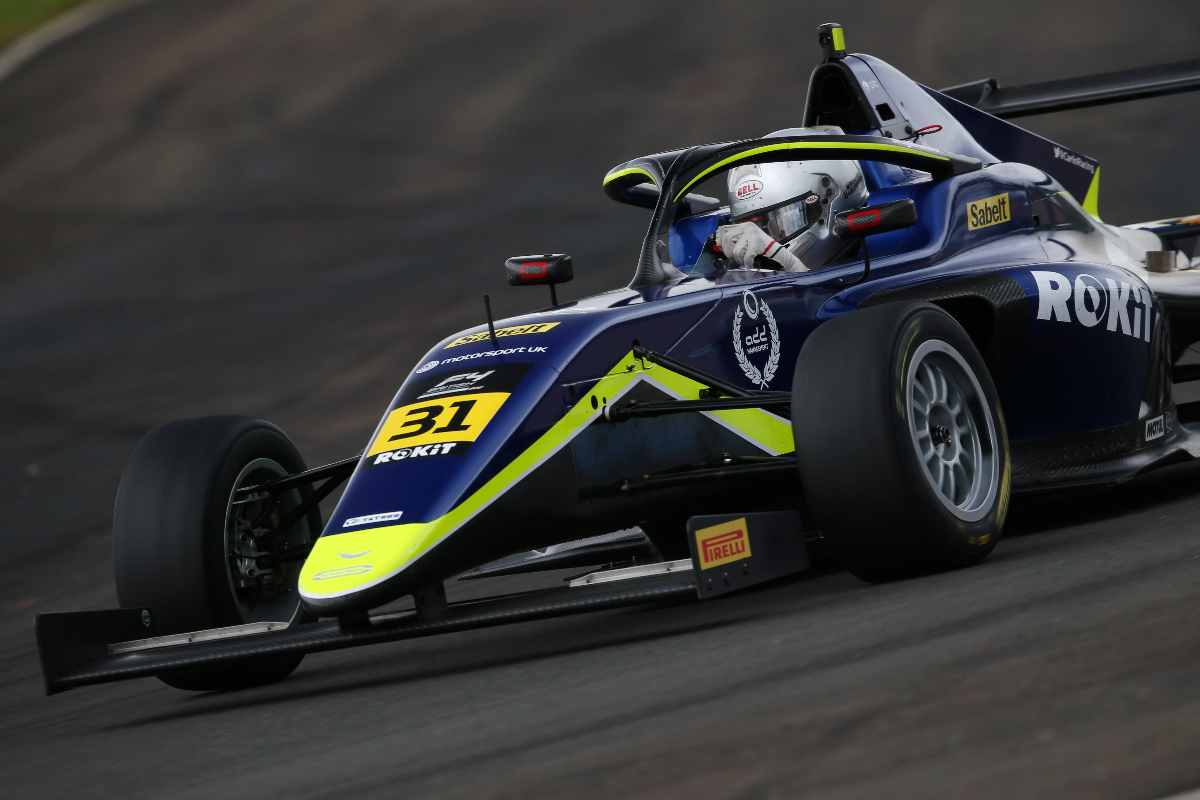 Ugo Ugochukwu won the final British Formula 4 race of the weekend at Knockhill after points leader Alex Dunne stalled on the grid.

It was a dominant performance for Ugochukwu, who finished more than two seconds clear of the rest of the field. Ollie Gray secured second, while Joseph Loake held off Louis Sharp to complete the podium.

Ugochukwu got a good start from pole as Dunne stalled alongside him, and Gray came through to second but couldn’t stick close to Ugochukwu.

The McLaren junior gradually built his lead at the front of the order, and bar a small lock-up late on it was a faultless drive to finish 2.275 seconds clear of Gray, who had a quiet race more than three seconds ahead of Loake.

Meanwhile, it was a close fight as Sharp tried to find a way past Loake. Sharp was under pressure from Eduardo Coseteng early in the race, but managed to shake off the Hitech GP driver and brought the challenge to Loake. He couldn’t quite get close enough to make a move, however, and had to settle for fourth.

Aiden Neate swept past Coseteng to take fifth, but Coseteng had to hold off Oliver Stewart to finish sixth.

Michael Shin came under pressure from Georgi Dimitrov and Daniel Guinchard late on, being pushed hard by both, with Dimitrov almost getting by with a late lunge at one point. But Shin managed to stay in position to take eighth.

The field managed to avoid Dunne on the grid before he eventually got going. His race would go from bad to worse, however, as contact with Noah Lisle forced him to visit the pits.

Dunn would finish, albeit a lap down, but 14th place brought an end to a disappointing weekend, the first of the season in which he didn’t stand on the podium’s top step.