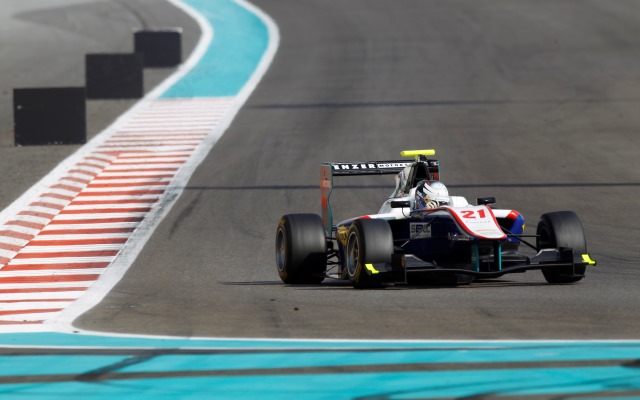 Matheo Tuscher ended the second day of GP3 testing in Abu Dhabi with the quickest time of the second session, just ahead of series newcomer Seb Morris.

Remaining with the Jenzer team with which he contested the 2014 season, Tuscher claimed top spot towards the end of the session before a red flag halted proceedings early.

For the final day of running on Saturday, Fuoco will complete his three-day taster of GP3 by running with ART along with Gilbert and Celis, while Ed Jones will return behind the wheel at Carlin in place of the Italian.?Raoul Hyman will move from Jenzer to Arden to take Gilbert’s place. Steijn Schothorst will move from Koiranen to Status in place of Parry, who goes the other way. Former F2 driver Kourosh Khani will test for Hilmer alongside Riccardo Agostini, Ling Kang will go to Jenzer and Palou will be back at Trident.