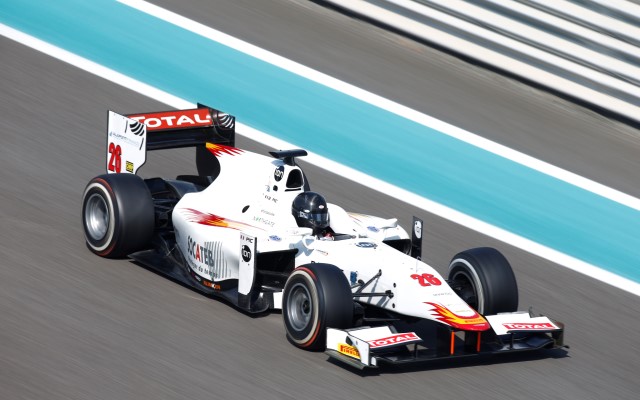 Arthur Pic set the pace in the the first half of Friday’s GP2 testing in Abu Dhabi ahead of F3 graduates Jordan King and Esteban Ocon.

King was just over a tenth off of the Frenchman on his second day with Arden International, with another French ace Ocon close behind for DAMS.

Rio Haryanto was fourth having switched from Status to Campos for day two, returning to the Spanish entry he raced for in 2013 under its Addax guise.

Nathanael Berthon and Pierre Gasly made it four Frenchmen in the top six for Lazarus and DAMS respectively, followed by Trident tester Rene Binder and Ferrari protege Raffaele Marciello, who is running with Status.