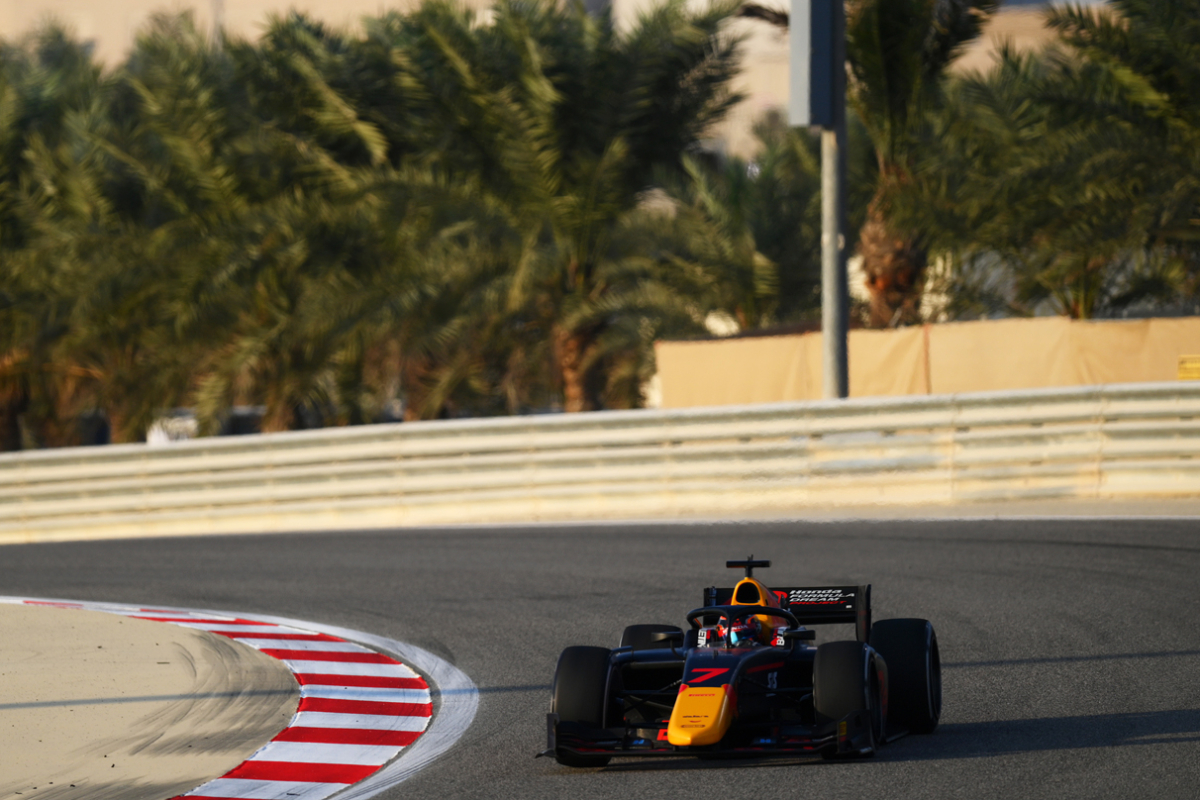 Tsunoda started on pole but Hitech GP’s Nikita Mazepin lunged into Turn 1 and took the lead.

From there, Mazepin led Prema’s Robert Shwartzman and Tsunoda as the trio opened up a gap to the rest of the pack – helped by HWA Racelab’s Artem Markelov having a wide moment while running fourth.

Tsunoda jumped the trio in the pitstop phase, only to be passed by both Mazepin and Shwartzman who had warmer tyres. All three started on the conventional strategy of using the soft compound tyre before the hard.

But Tsunoda was able to work his way back past to retake the lad with four laps of the 48-lap race to in a frantic scrap. But the move is under investigation as Tsunoda may have had four wheels off-track at the time.

Virtuosi Racing’s Guanyu Zhou was the highest placed runner on the alternative strategy, having started outside of the top 10, and ended up finishing second despite a five-second penalty for speeding in pitlane.

Mazepin held off MP Motorsport’s Felipe Drugovich for third at the end. Drugovich had the faster car but was forced off by Mazepin on the last lap, an incident that is also under investigation.

Prema’s Mick Schumacher was another to use the alternative strategy after qualifying 18th, and was able to utilise it to climb up to seventh, just behind Virtuosi Racing title rival Callum Ilott. By taking fastest lap, Schumacher maintains his 14-point advantage going into the season-ending sprint race, while Tsunoda and Mazepin are now out of title contention.

Shwartzman dropped back to fifth in the end, just ahead of Ilott, while Carlin’s Jehan Daruvala was passed towards the end by Schumacher and slipped back to eighth, not helped by a poor start.

DAMS’ Dan Ticktum – the first to stop for soft tyres – ended up ninth ahead of Charouz Racing System’s Pedro Piquet.

Markelov dropped down to 13th, while ART Grand Prix’s Christian Lundgaard finished in 21st after stalling but did unlap himself during the race.