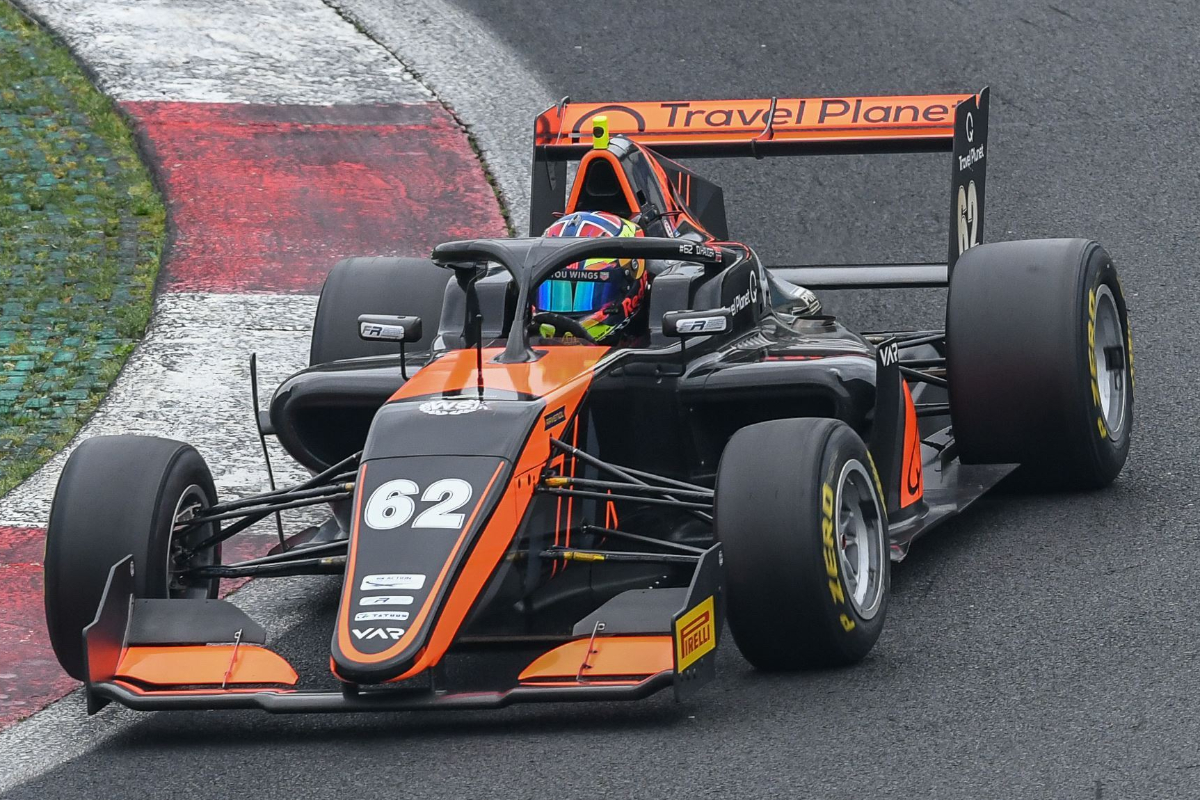 Dennis Hauger claimed his first Formula 3 win in race one of the Formula Regional European Championship season finale at Vallelunga, as Arthur Leclerc’s title hopes shrank after a clash.

The opening lap of the race was full of drama, with a damp track made wetter by a brief rain shower and spins for several drivers.

Prema’s Oliver Rasmussen started from pole, and was passed by Van Amersfoort Racing’s Hauger through Curva Grande. Despite then going off at Cimini 1, the first braking zone of the lap, Hauger remained just ahead.

Further back KIC Motorsport’s Nicola Marinangeli spun, then Prema’s Arthur Leclerc did the same and tapped team-mate Jamie Chadwick around in the proccess.

Leclerc had started from last place following a drive belt failure after just one lap in qualifying led to oil spilling onto his car’s exhaust and causing an engine fire that prevented him from going out again.

Hauger kept Rasmussen in his mirrors after the opening lap, fending off one lunge at the turn 8 hairpin midway through the race, while Leclerc charged up the order to minimise the damage in the title race.

Championship leader Gianluca Petecof, two points ahead of Prema team-mate Leclerc going into the race, ran in third early on.

KIC’s Patrik Pasma pressured VAR’s Pierre-Louis Chovet for fourth place behind him, taking the place shortly before the Frenchman’s car came to a halt on track. Pasma was the fastest driver as the track dried, and hunted down Petecof, Rasmussen and then Hauger.

The Finn ended up finished 2.364 seconds short of victory, meaning he’s now out of title contention.

Rasmussen beat Petecof to third, and Leclerc’s charge brought him up to fifth place before a five-second penalty for crashing into Chadwick dropped him back behind KIC’s Konsta Lappalainen. Petecof has a six-point lead over Leclerc ahead of the final two races, with Rasmussen an outside bet for the title as he’s 31 points behind with 50 available to score.