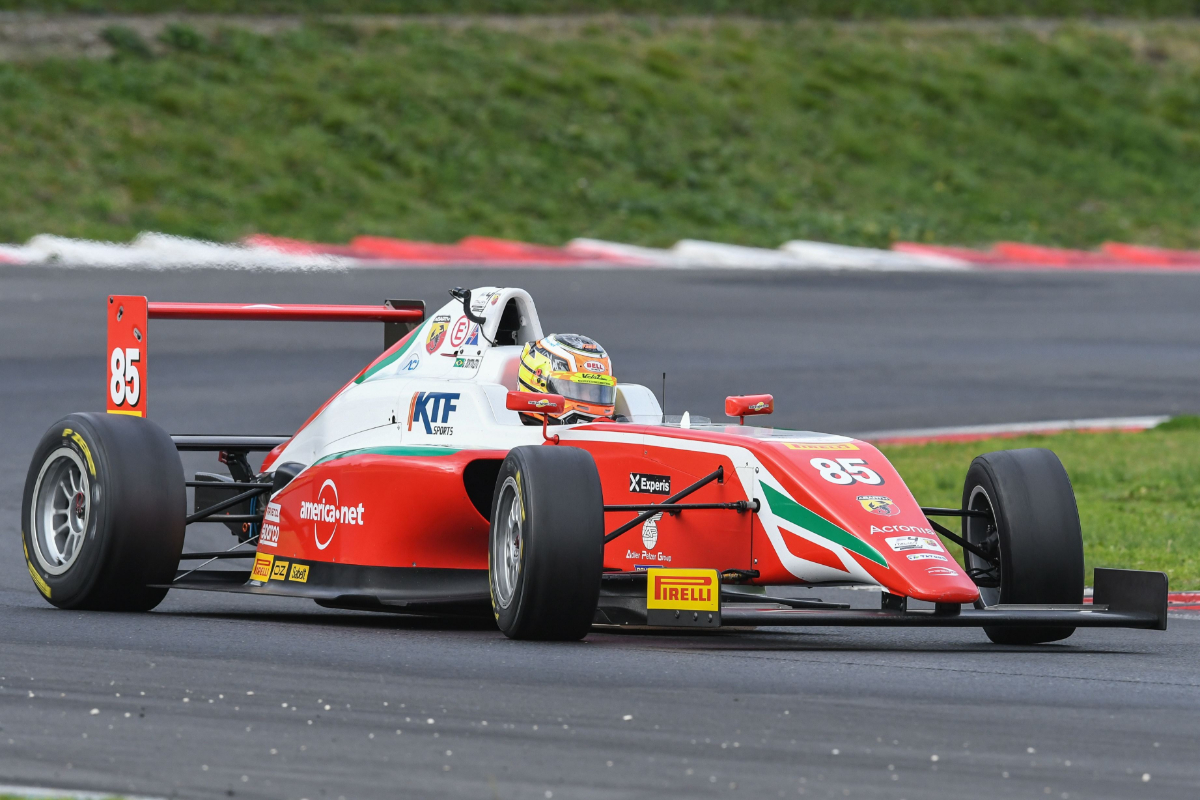 Gabriel Bortoleto and Prema team-mate Gabriele Mini will start the final races of the Italian Formula 4 season at Vallelunga from pole.

It was Van Amersfoort Racing’s Jonny Edgar who initially set the pace in qualifying on a wet track, but as the asphalt got slightly drier – between a red flag stoppage – it was Prema that rose to the top.

Bortoleto took over the top spot in Q1 briefly before the improving conditions meant the laptimes came down quickly. Cram Motorsport’s Andrea Rosso was briefly in first place, then US Racing’s Ollie Bearman, before already crowned series champion Mini put in a 1m44.548s to claim his ninth pole of the season.

Bearman was 0.254 seconds back in second place, and there was a further 0.410s to Mini’s team-mate Kirill Smal in third.

Francesco Pizzi (VAR) and Rosso were fourth and fifth fastest, and were the top qualifiers from a seven-way fight for the title runner-up spot. Edgar was next best of those in seventh, but Prema’s contenders Dino Beganovic and Bortoleto were down in 11th and 13th, VAR’s Jak Crawford was 15th and Jenzer Motorsport’s Filip Ugran was 25th.

Mini was the early Q2 pacesetter over Pizzi, with Edgar then going fastest on the third flying laps. Once again the drying effect helped Prema, as Bortoleto was next to move into first place. Ugran this time was more competitive, rising up to eighth and provisionally bagging race three pole (based on second-best laptimes across qualifying) as a result.

The field returned to the pits before they one final run for pole, and Bortoleto set the first sub-1m40s lap to not only secure race two pole by a massive 0.822s but also snatch the first place starting spot from Ugran for race three.

Mini returned to the top two at the very end, with Ugran improving to third place ahead of Edgar and Ramos.

Bearman and Barnard didn’t improve so ended up sixth and ninth respectively, but their final laps instead put them third and second on the race three grid.

Crawford was only 15th, while Pizzi was 20th but will start 14th for race three, and Rosso was down in 25th.