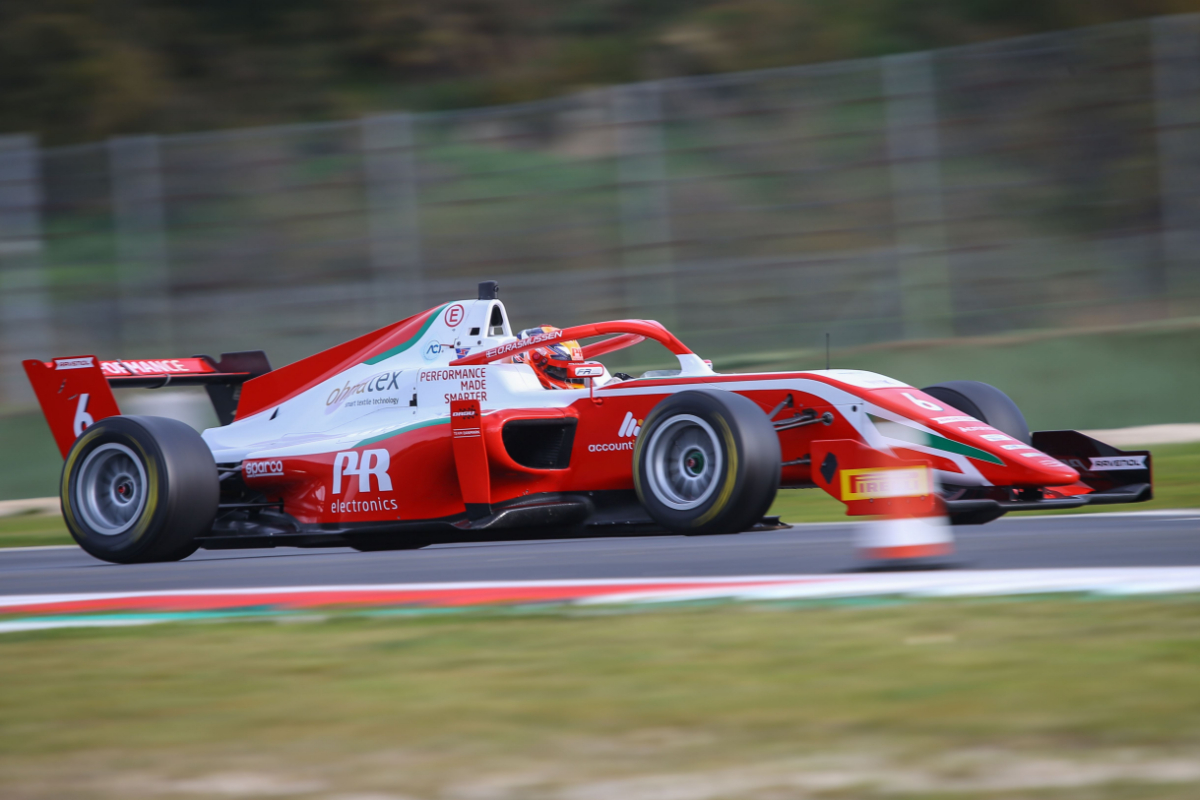 The pair of 15-minute sessions were hosted in the wet and laptimes improved considerably throughout.

Almost constantly at the top of the timesheets was Rasmussen, who comes into the title decider third in the points behind Prema team-mates Petecof and Leclerc.

Leclerc spent most of Q1 in the pits with a technical issue, and only set one lap that left him 11th and last on the grid.

Rasmussen continued his dominant form into the second session. KIC Motorsport’s Patrik Pasma briefly took the top spot away from the Dane, but Rasmussen came back and took pole once again – this time from Pasma’s team-mate Konsta Lappalainen.

Rasmussen’s second-best time across both sessions was also fast enough to take pole for the season finale by some margin.

Petecof struggled for pace in the damp and will start fifth, fourth and sixth for the three races, while Leclerc will be last on the grid for all three as he sat out Q2 in its entirety.

Their Prema team-mate Jamie Chadwick had a strong Q1 to qualify fourth, her best result to date, but will start races two and three from seventh.

VAR’s Pierre-Louis Chovet will share the second row with Chadwick in race one, and then start fifth and fourth in the other two races. His team-mate Hauger was only sixth in Q2, but his second best lap in that session was still good enough for third on the race three grid.

Absent from the field is Monolite Racing’s Andrea Cola, who broke his hand in free practice.