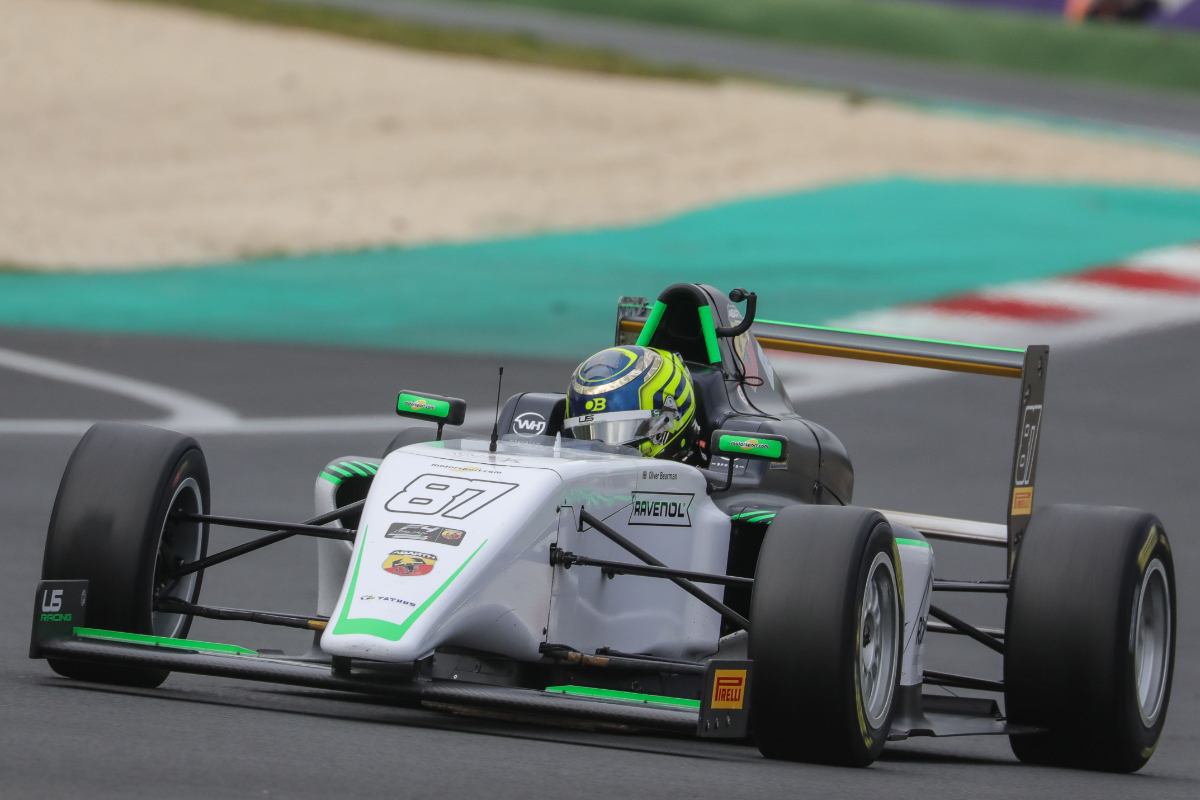 Ollie Bearman passed Gabriele Mini at the start of the first Italian Formula 4 race of the weekend at Vallelunga to win a race mostly spent behind the safety car.

Prema’s Mini, already crowned the 2020 series champion, started from pole on the damp track but was outdone for traction by fellow front row man Bearman.

Van Amersfoort Racing’s Francesco Pizzi and Jonny Edgar also got by on the opening lap, and the race was then neutralised when Cram Motorsport’s Vittorio Catino spun off.

Pizzi, one of few drivers who had opted for grooved tyres rather than slicks, couldn’t challenge Bearman on the safety car restart and watched Edgar in his mirrors while Mini was overtaken by more cars over the next two laps.

The safety car was required again when Catino’s team-mate Nicolas Baptiste visited the gravel, and by this point Prema drivers Gabriel Bortoleto and Dino Beganovic were in fourth and fifth after demoting Iron Lynx’s Leonardo Fornaroli.

Bearman made the perfect getaway on the second restart, while Edgar’s team-mate Jak Crawford – who qualified 15th – made a great move on Fornaroli and started attacking the Prema pair ahead.

He got past Beganovic, another to choose grooved tyres, but his race then ended a few corners later with a spin and the safety car was needed for a third time. The lengthy recovery of Crawford’s car meant racing didn’t resume before the chequered flag, and Bearman led home Pizzi and Edgar as he took his first series win.

Fifth place for Ferrari junior Beganovic means it’s a straight fight between himself and Pizzi for the title runner-up spot over the last two races, as Cram’s Andrea Rosso dropped to seventh in the standings by finishing a pointless 11th.