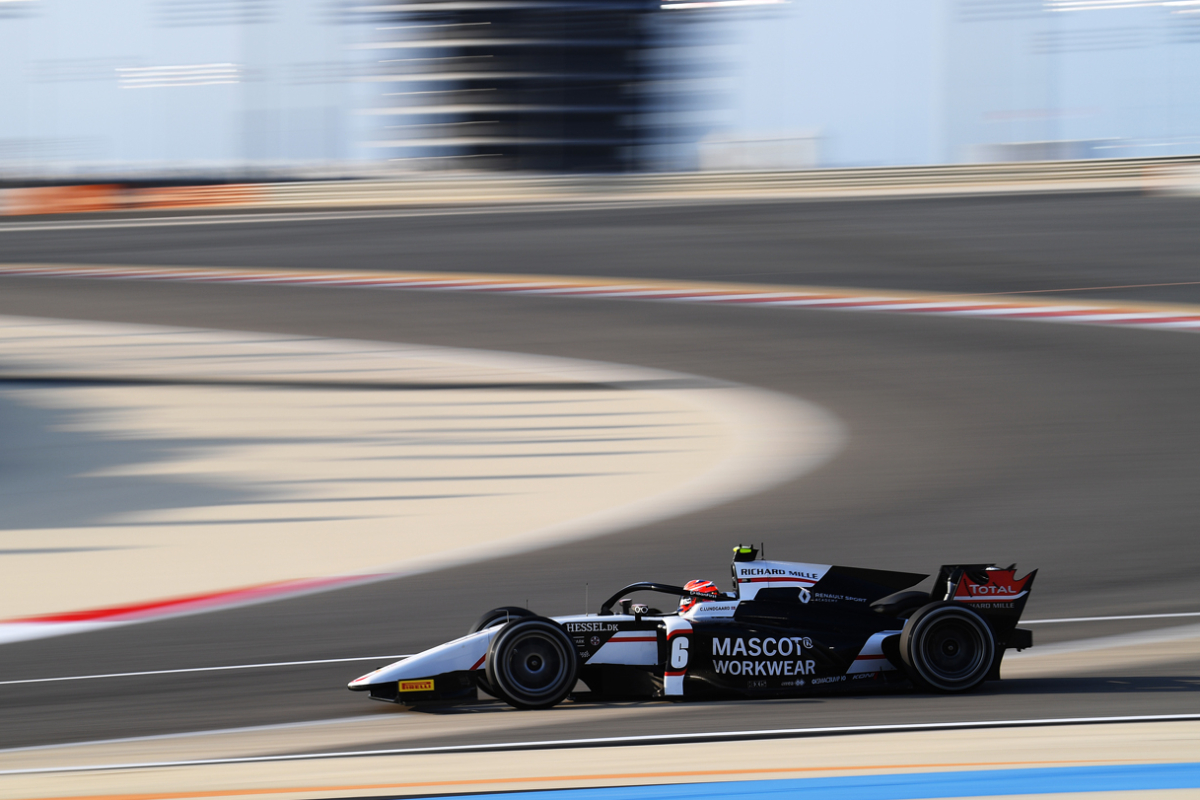 Christian Lundgaard finished 19th in Formula 2’s Bahrain feature race, but he impacted the lead battle by unlapping himself in a move a rival said was something “never seen before”.

The Renault Formula 1 junior stalled from sixth on the grid, which dropped him to last and eventually a lap down. He had the pace to fight back though, and towards the end of the 48-lap race came up behind leaders Nikita Mazepin and Yuki Tsunoda and managed to pass both.

Tsunoda seized the opportunity to pass Mazepin for victory – in a move under investigation – after Lundgaard came through to unlap himself on his newer tyres, and Hitech GP driver Mazepin pinned his loss firmly on Lundgaard’s actions.

“I can say that I had everything under control until something that I’ve never seen before in my single-seater career – a guy trying to unlap himself, obviously because he is fighting with us in the championship – which I will say is a bit of a not-nice move,” said Mazepin.

“Because I couldn’t anymore use an advantage of having the clean air because I didn’t have it, I was just, to be honest, a sitting duck. I was bit lost at what to do.

“I obviously didn’t want to fight him because he’s on fresher tyres. But anyway, it put me in a position where I wasn’t really able to fight and defend, and ever since that moment things started to become tough. I finished where I did [in third place].”

Carlin’s Tsunoda explained how Lundgaard’s charge influnced his own hunting down of Mazepin for the lead after passing Prema’s Robert Shwartzman for second.

“It was good and then after that [pass] I felt the tyre still had potential to catch Nikita, but it was not a big difference compared to him so I just tried to not do mistakes and catch little by little and finally – Lundgaard was not fighting for position but he passed me and Nikita, and when he overtook Nikita I got more of a chance and I used that chance and I overtook him,” was Tsunoda’s description of events.

Mazepin later said in the post-race press conference that the whole situation was a “grey zone”.

“He was entitled to do what he did, he’s obviously fighting for his career, and I don’t have any hard feelings.

“I’m disappointed with myself because I don’t think I’ve done a good enough job, clearly not because I lost the position.

“However that’s a grey zone, that’s the first ever race you saw a car deciding to unlap itself from the leaders. And that’s kind of, let’s say, not a gentleman’s move because you’re not in contention of this current race. But it is what it is and I definitely don’t see an interest and a point to speak to him [Lundgaard].”