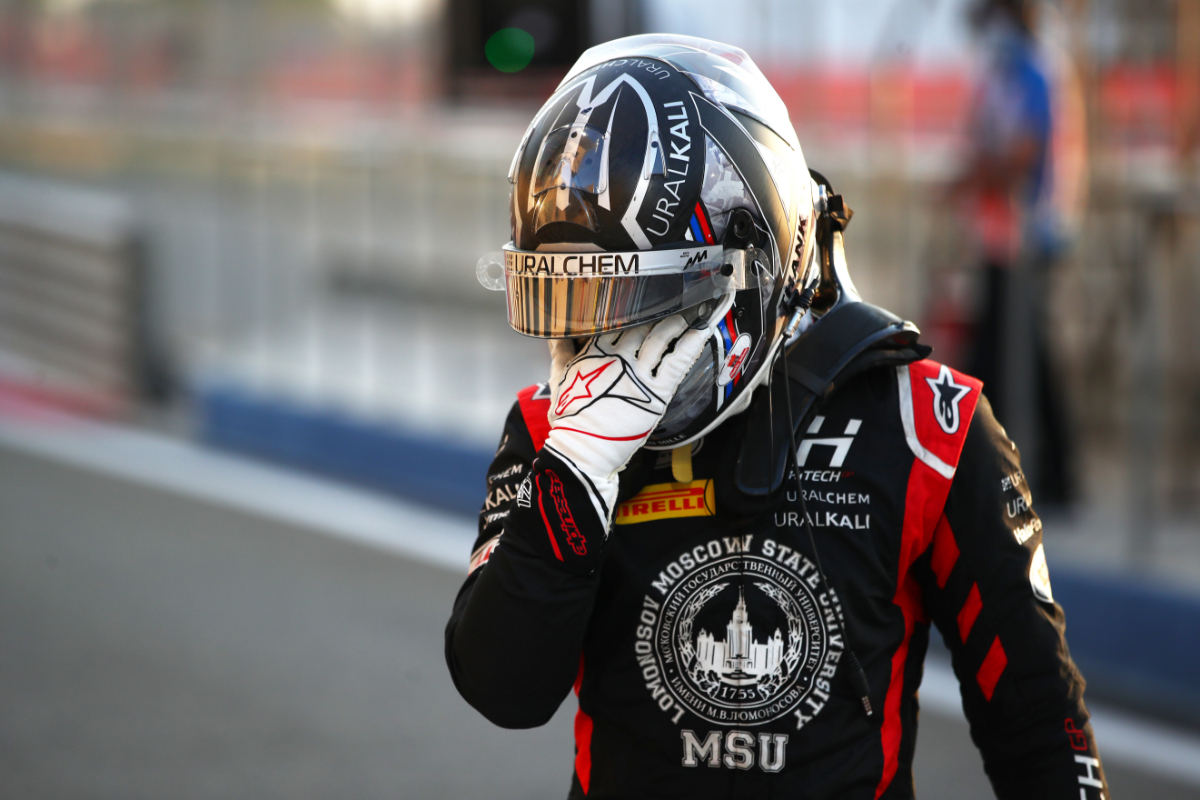 Nikita Mazepin has been docked 10 seconds for aggressive moves in the Formula 2 feature race at Bahrain, dropping him from third to ninth.

The Hitech GP driver forced Carlin’s Tsunoda off track as they battled for the lead late, not long after ART Grand Prix’s Christian Lundgaard had unlapped himself on the pair.

Mazepin’s defence didn’t stop Tsunoda from getting through, and it was the latter putting all four wheels off the circuit while overtaking that required a steward investigation.

“Having considered the matter extensively, the stewards determined that car #7 (Tsunoda) started a pass to the right of car #24 (Mazepin) on the pit straight and established a significant part of his car alongside car #24 while #24 was moving to the right in a blocking manoeuvre,” a stewards document read.

“Car #24 continued moving to the right until his right side tyres crossed the edge of the track, thereby forcing car #7 completely off the track,” it continued.

The stewards noted Tsunoda would have passed legally had Mazepin not forced him off, and so Mazepin was penalised five seconds for the offence.

A further 5s was handed out for a move against MP Motorsport’s Felipe Drugovich at Turn 1 which resulted in contact.

“The stewards determined that car #15 (Drugovich) started a pass to the right of car #24,” another document read.

“Car #24 moved to the right in a blocking manoeuvre at the same time and in the process moved to the track edge. Car #15, who had established some amount of overlap in the pass attempt, was forced to slow to avoid a collision and was, therefore, hindered.”

Penalty points were added to Mazepin’s licence, bringing his total up to 11 – one shy of receiving a ban. He’s also dropped down the standings.

In the post-race press conference, Mazepin said: “From my perspective things happen so quickly there on the track, especially when the speeds are over 300kph so, unfortunately, I don’t have time to think about reputation.

“I think about defending my position on-track, think about the rules and to think to finish the race.”