Home Formula 2 Schumacher: ‘It was very important to go through this chaotic phase’
Formula 2News 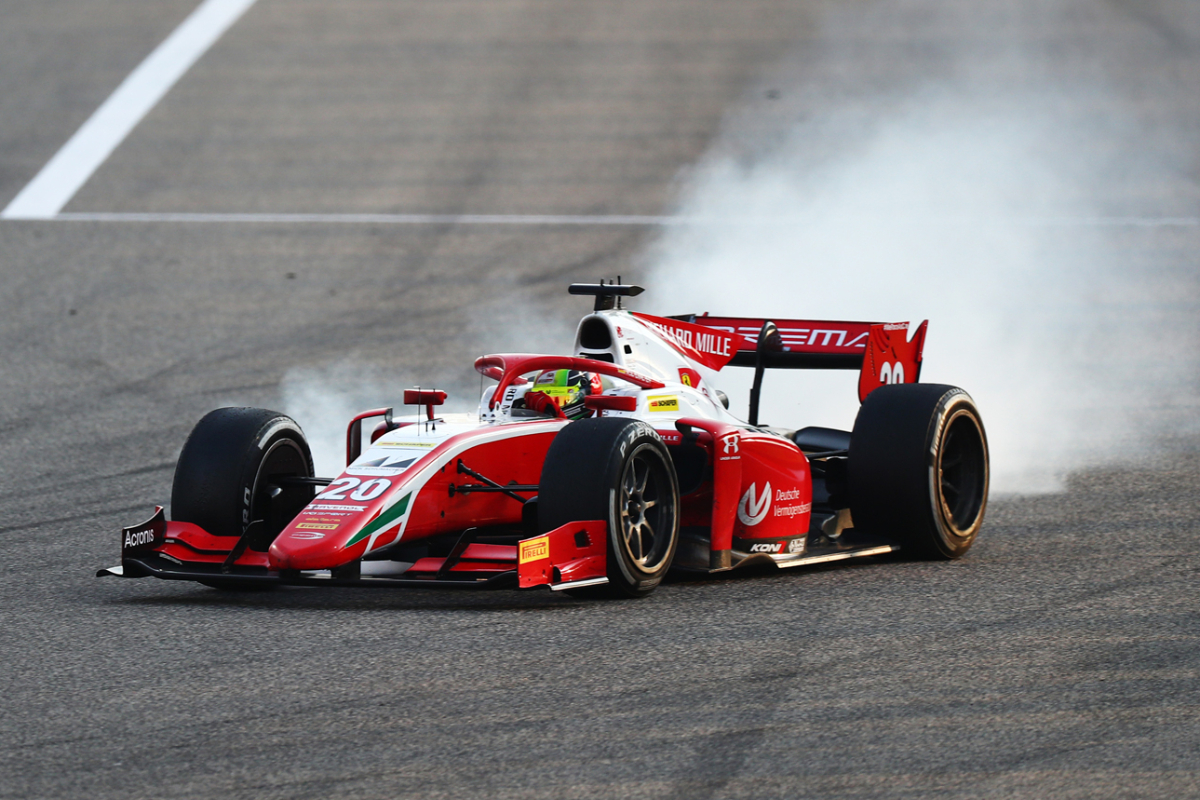 The 20-year-old, already guaranteed to be racing in Formula 1 in 2021 with Haas, had a “disappointing” Friday where he “didn’t manage to make something out of qualifying” and ended up 18th on the grid for the feature race, behind all of his title rivals.

To avoid traffic in qualifying, Prema had put Schumacher out on an empty track on his first set of tyres. That backfired when it came to his laptimes, and it got no easier when his second run was impacted by other cars.

From 18th he worked his way up to seventh in the feature race, which became sixth when Hitech GP’s Nikita Mazepin was penalised.

“What an eventful race this was – we knew it’s going to be a difficult one, and the first lap, starting from P18, proved us right,” said Schumacher.

“In the course of that lap, I had several contacts with other cars, and actually I felt like being more off the road than on the road during that period. It was very important to go through this chaotic part and phase, so when finally, I was P3 at some stage I kind of realized that I am now set well to be cool when it was necessary and attack when the moments were right.

“We could have pitted maybe one lap earlier, because the warming of the tyres afterwards was a bit difficult but nevertheless I think the pace advantage with the option tyres worked well for us.

“The car was supporting me all the way through the race, so I think managing to secure P7 and the way how this was achieved made this race one of the best drives that we had this year.”

Schumacher finished just 2.196 seconds and one position behind Virtuosi Racing’s Callum Ilott, now his sole title rival, who started nine places ahead of him on the grid. For the reversed grid sprint race, Schumacher will start third and Ilott fourth.

“I am really happy for Prema, to be team champion is great, so we now take these vibes with us for tomorrow’s race, starting from P2,” added Schumacher.

“We have the best team, and I am happy to be in the position to finish the race and the season on a high together with them.”

Prema’s Ferrari juniors Schumacher and Robert Shwartzman have won six races and scored 386 points between themselves this year, leaving the Italian outfit 41.5 points clear of Virtuosi – which is now guaranteed the runner-up spot in the teams’ standings.

Rookie team Hitech will fight with Carlin for third place in the finale, with 25 points separating the two and 29 available to score.