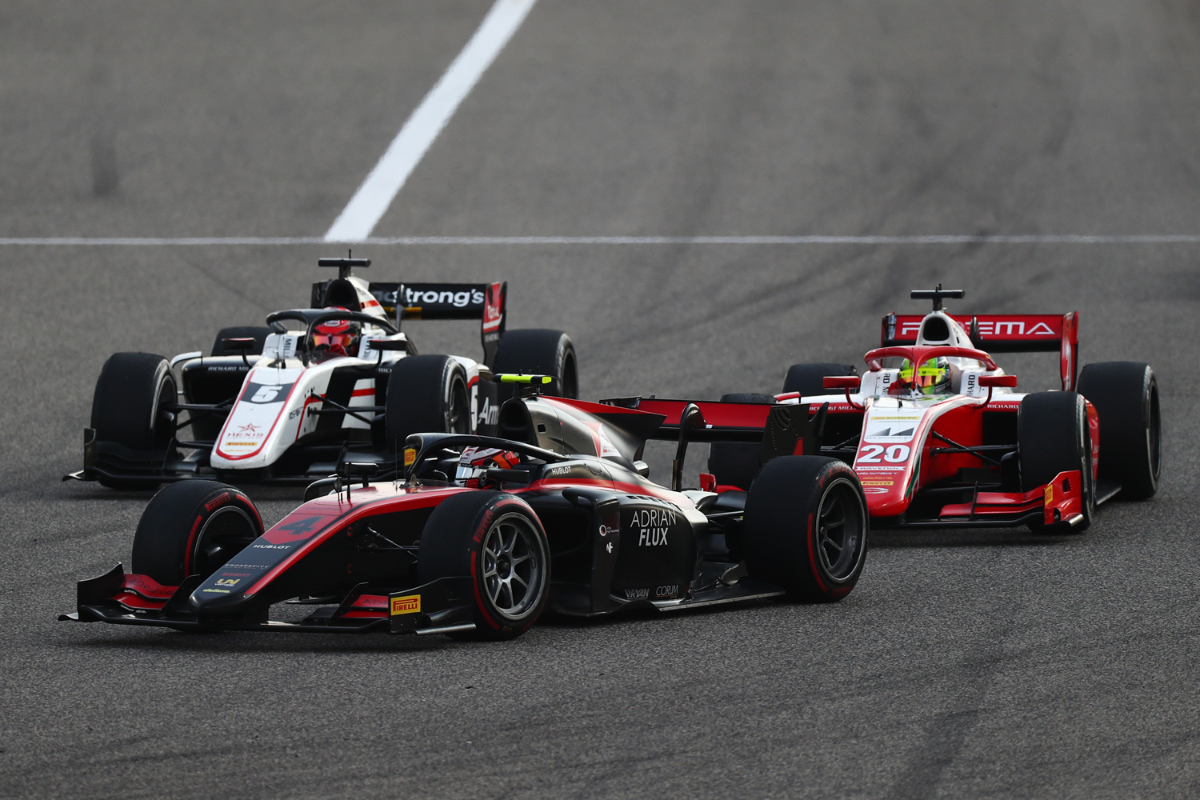 Callum Ilott is going into the final Formula 2 race of 2020 with “nothing to lose” as he faces a 14-point deficit to Mick Schumacher that he needs to overcome to become champion.

The two Ferrari juniors finished one position apart in the feature race on Bahrain’s Outer layout, with Prema driver Schumacher coming through from 18th on the grid to finish sixth and preserve his points lead while Ilott only rose from ninth to fifth.

That result means they start third and fourth for the title-deciding sprint race, with Schumacher ahead. To win the title Ilott has to finish at least second and with the points for fastest lap while Schumacher doesn’t score, but that looks unlikely.

“Under normal circumstances, it would be quite difficult to win the championship, not impossible, but difficult,” said Ilott to Formula 2. “This championship has been so up-and-down though, so we’ll see what happens.

“I’ve just got to keep in the fight and have the best race that I possibly can.

“If I do that, then there’s a possibility that it goes my way. Probably not, but we will see. I am going into it with nothing to lose, pretty much, and I will be looking to try and get the best result possible.”

Ilott gained two spots at the start of the feature race before being passed by Virtuosi Racing team-mate Guanyu Zhou, then after his pitstop was bottled behind Carlin’s Jehan Daruvala for almost a quarter of the 48-lap race.

Schumacher pitted from the lead just as Ilott cleared Daruvala, and he returned to track seven places and 12 seconds behind his title rival. That gap decreased to just 2.196s in the remaining laps, during which time Zhou passed the cautious Ilott again.

“I got a good start, and the first lap wasn’t too bad. The first stint was okay, but I decided to box a bit earlier than planned,” Ilott added.

“Overall, I don’t think it was too bad, but I was getting a bit too involved with the prime cars and I was on the option tyre at the time, so I wanted to relax a bit.

“I had a good pitstop and came out behind Jehan. I thought he was saving his tyres, so I kept it behind for a while, but then I realised that he was actually struggling.

“In the end, I had to overtake him slightly later than I wanted to. I made a bit of an error by not making the move earlier.

“That meant that in the last few laps I had push a bit harder to try and catch Robert [Shwartzman], but the tyres weren’t completely there when I started to push. I ended up sixth, but I don’t think that we went with the right strategy.”

Ilott won’t return to F2 next year, nor move up to Formula 1 like Schumacher and Nikita Mazepin are with Haas, or as Yuki Tsunoda is expected to do with AlphaTauri.