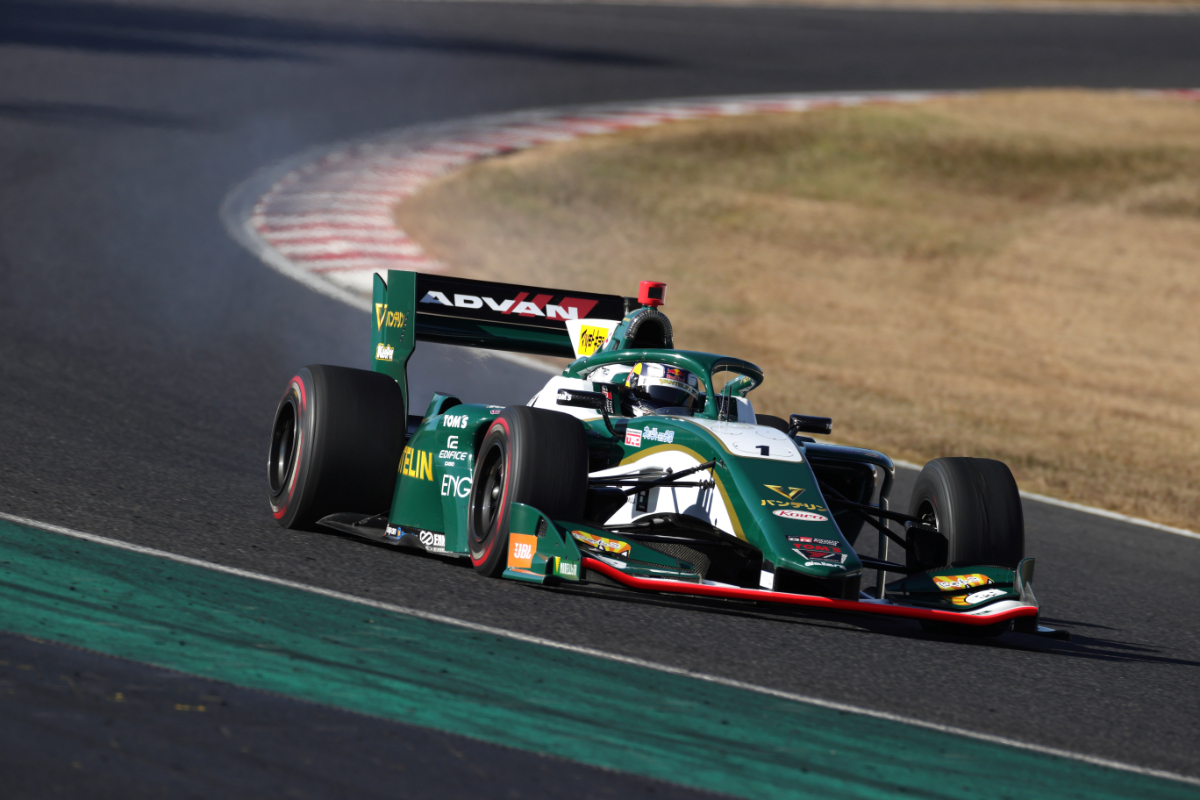 Nick Cassidy claimed pole for the second Super Formula round of the weekend at Suzuka, breaking the track record sat the previous day by Naoki Yamamoto.

The defending champion just got himself out of his group at the beginning of qualifying, but he then topped Q2 before claiming his first pole position with TOM’S with the fastest recorded lap in a Super Formula car around Suzuka.

The New Zealander had moved up to third in the standings, before dropped results, with his race result the previous day and has added three points to that with pole for the penultimate round.

Nakajima Racing’s Toshiki Oyu had the best qualifying of his rookie season as he went second fastest to Cassidy with his first flying lap of Q3.

Mugen’s Ukyo Sasahara qualified third with one of the last laps in the session and will be joined on the second row of the grid with Saturday’s poleman Naoki Yamamoto – another to limit his mileage but be straight on the limit.

His Dandelion Racing team-mate Nirei Fukuzumi was less than one tenth of a second off in fifth, while KCMG’s Kamui Kobayashi showcased his circuit knowledge in sixth place.

Kazuki Nakajima (TOM’S) and Charles Milesi (B-MAX Racing with Motopark) were the last runners in Q3, and it was Milesi’s first time in the top eight in just his third SF outing.

Kondo Racing’s Sacha Fenestraz could only qualify 12th after topping the first qualifying group, although he fared better than his team-mate Kenta Yamashita who was just two-tenths off Cassidy’s time in their qualifying group but ended up unable to progress to the next session.

Yuji Kunimoto (KCMG) and Yuhi Sekiguchi (Impul) will make up the fifth row of the grid in ninth and 10th respectively.

Impul’s Ryo Hirakawa, who led the points before heading to Suzuka this weekend, looked like he’d overturned his recent poor fortune by going second fastest to Fenestraz in their qualifying group, but he ended up slowest of all in Q2 and will start Sunday’s race from 14th place.