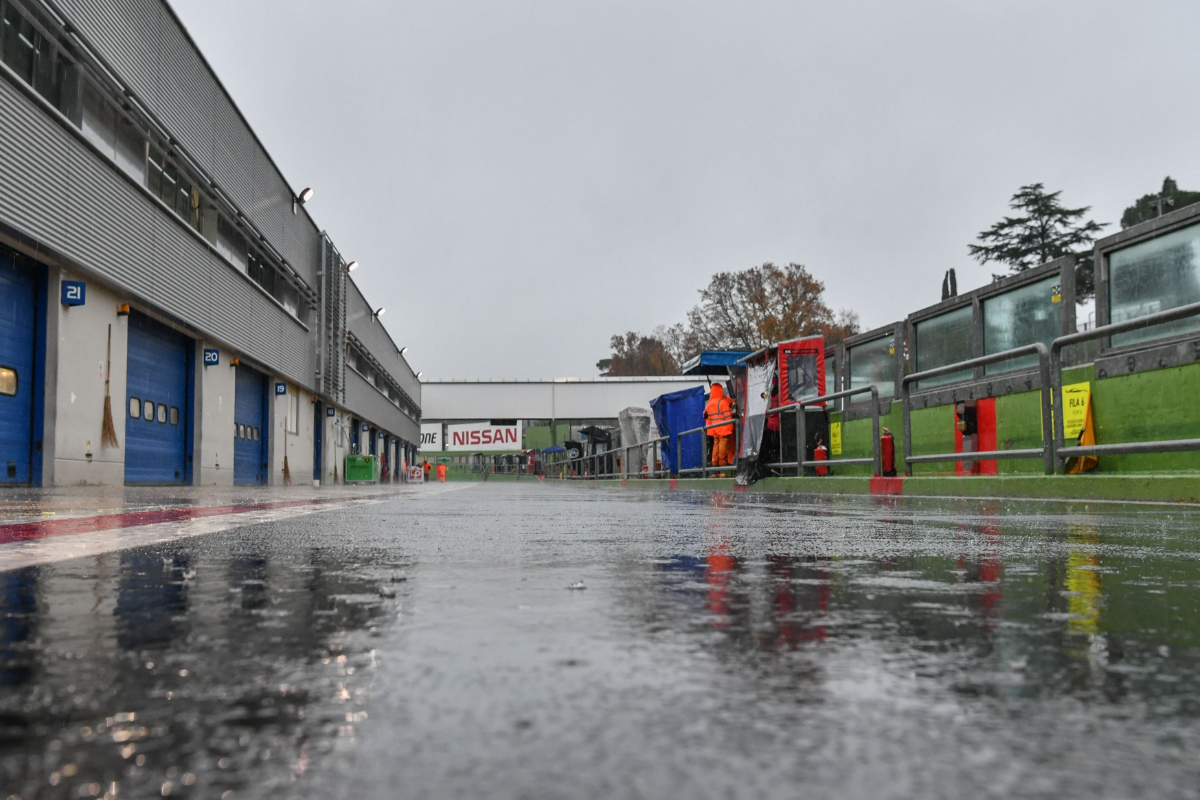 The penultimate races of the Formula Regional European Championship and Italian Formula 4 seasons have been cancelled due to flooding at Vallelunga.

Heavy rain descended on the Italian circuit overnight and, combined with the cold temperatures expected during this time of year, the circuit was deemed unsafe to race on for Sunday morning.

As the morning progressed, the rain became worse and visibility was also limited due to the heavy clouds.

The rain has been a factor all weekend and also coming into the race. Monolite Racing’s Andrea Cola broke his left hand in a FREC free practice crash, while qualifying and the first race were both affected by rain.

Oliver Rasmussen was set to start the cancelled race from pole, but without it taking place it now means he can’t surpass Prema team-mates Gianluca Petecof and Arthur Leclerc for the title. Leclerc was going to start that race from last pleace, and is currently six points behind fellow Ferrari junior Petecof.

Italian F4 has also had its schedule impacted by the weather, with its second race of three being suspended as well. This impacts the fight for the top positions in the standings too, with the top three now set as Gabriele Mini (Prema), Francesco Pizzi (Van Amersfoort Racing) and Dino Beganovic (Prema).

The fight for fourth place in the points is led by Prema’s Gabriel Bortoleto, who was set to start the cancelled race from pole. There are five drivers in contention for the position and the FIA superlicence points it awards.