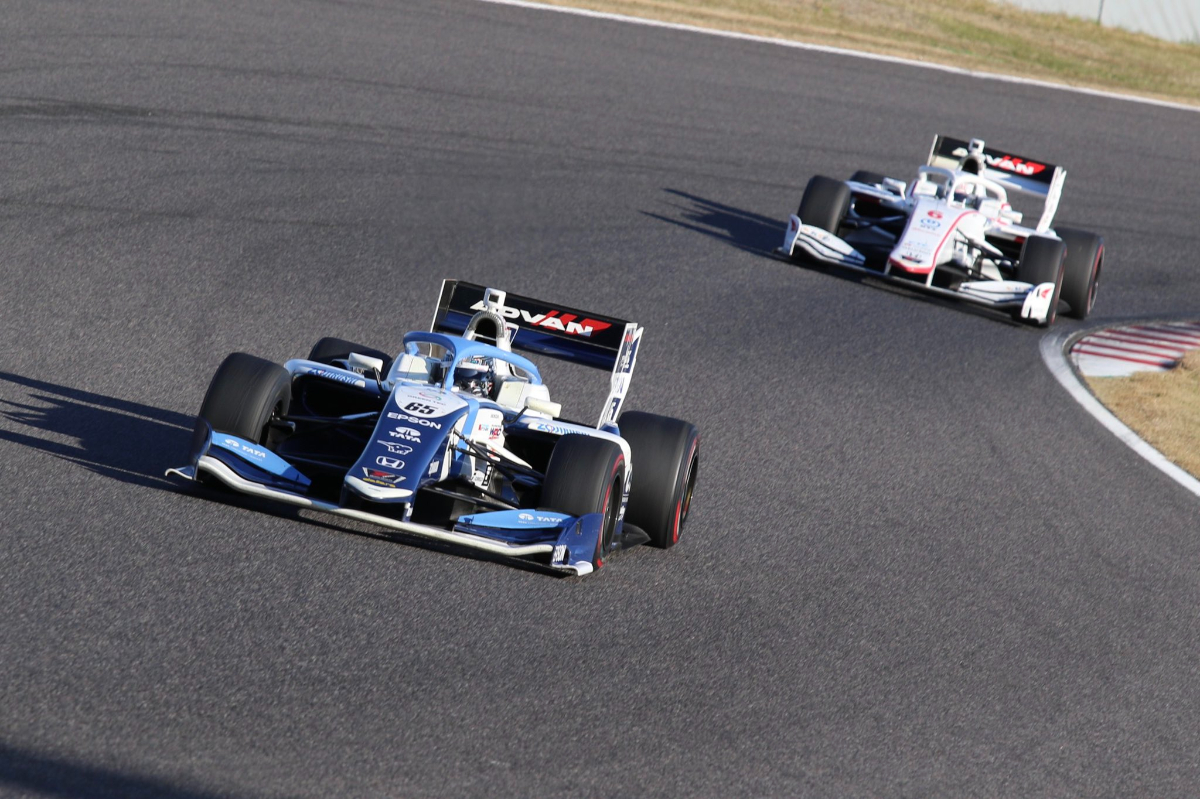 Toshiki Oyu bounced back from a difficult start to his rookie Super Formula season to win the penultimate round at Suzuka.

The Nakajima Racing driver had most of his focus spent on defending from Dandelion Racing’s Nirei Fukuzumi, with the opening laps interrupted by a safety car period to retrieve Sacha Fenestraz’s crashed Kondo Racing-run car and then a second safety car period to recover TOM’S driver Nick Cassidy’s car after he had an engine failure.

Cassidy had been leading after taking pole, and once the pitstop window opened during the second safety car period most drivers flocked to the pits.

B-MAX Racing with Motopark’s Nobuharu Matsushita and Team Mugen’s Ukyo Sasahara opted not to, but a third safety car period caused by KCMG’s Yuji Kunimoto crashing prompted them to pit and finally promoted Oyu to the race lead.

Oyu was defensive on the third safety car restart, but otherwise didn’t have too much pressure from Fukuzumi in the remaining laps of the race and claimed JAF Grand Prix victory. It could overturn his season after a start filled with collisions that have included two with team-mate Tadasuke Makino.

Team Impul’s Yuhi Sekiguchi finished third, with his team-mate Ryo Hirakawa rising from 14th on the grid to beat Kondo’s Kenta Yamashita in a lengthy battle for seventh – despite a poor pitstop – reclaim the points lead ahead of the final round.

INGING’s Sho Tsuboi finished just behind Sekiguchi, while Mugen’s Tomoki Nojiri also made a solid charge up the order to take fifth place.

Makino, Kazuya Oshima (ROOKIE Racing) and Hiroaki Ishiura (INGING) rounded out the top 10, while Sasahara turned around his late stop into a 11th place finish.

KCMG’s Kamui Kobayashi finished a distant 15th after clashing with Fenestraz on the opening lap and then pitting several times, while TOM’S Kazuki Nakajima finished a lap down after a puncture.