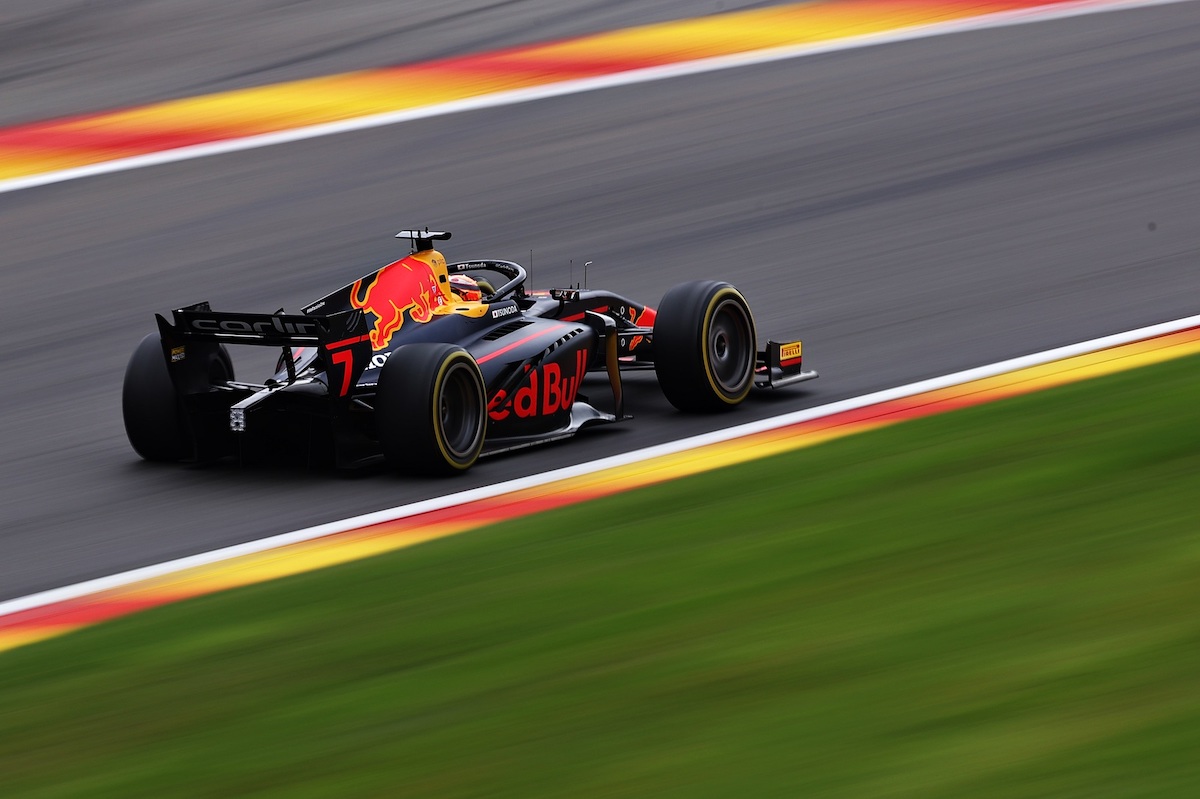 Yuki Tsunoda managed a stop-start Formula 2 qualifying session to take his second pole position in the championship at Spa-Francorchamps.

Qualifying was red-flagged twice early on after an issue for Guilherme Samaia left his smoking Campos Racing-run car at the side of the track.

Only a handful of drivers had set a time at this stage. Marino Sato lead the order with a lap 1.3s slower than the times that would be set later in the session.

The green flags were shown once the track was cleared, only for the session to be red-flagged again moments later so the recovery vehicle could return to its post.

Championship leader Callum Ilott was quick to jump to the top of the times once the session started proper. That time was soon bettered by Tsunoda and Mick Schumacher as others crossed the line at the end of their first runs.

On the second runs, Nikita Mazepin briefly pushed Tsunoda out of provisional pole, only for Tsunoda to answer back with a time 0.1s quicker.

The 1m57.593s was enough to keep the Carlin-run Red Bull-Honda protege top of the order as the rest of the field set their second flying laps.

Hitech GP driver Mazepin couldn’t improve and settled for third ahead of Nobuharu Matsushita, who qualified in the top 10 for the first time this season with MP Motorsport after his victory from 18th on the grid last time out in Spain. Robert Shwartzman and Felipe Drugovich rounded out the top five.

Ilott improved on his second flying lap but it was only enough to put him ninth when he crossed the start finish line. He then fell backwards as others improved, and will start the first race of the weekend from 12th on the grid. It ends his record of qualifying inside the top three dating back almost a year to his pole position at Monza in 2019.

His Virtuosi team-mate Guanyu Zhou faired better and lines up sixth on the grid, ahead of Mick Schumacher and Louis Deletraz. Jehan Daruvala and Luca Ghiotto completed the top 10.

Dan Ticktum returned to the track after receiving a negative COVID-19 test result, putting himself P14, but team-mate Juri Vips was unable to set a lap time on his F2 debut after coming to a stop on track on his out-lap.

Christian Lundgaard, currently third in the championship ahead of Tsunoda, could only manage 18th for ART Grand Prix after getting a laptime deleted for exceeding track limits.